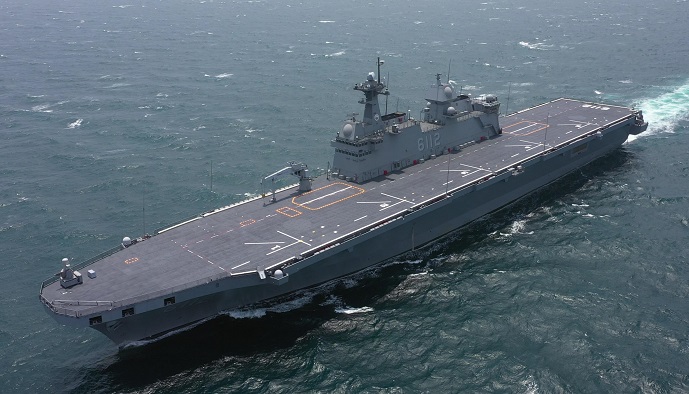 The central axis of reducer plays the role of reducing the speed of a fast-rotating engine as well as controlling the torque.

Once the central axis becomes old, however, it can easily have defects since it is exposed to high vibration and heavy loads.

Since the central axis is a large component with a length of 1.8 meters, it takes more than six months to make and take delivery of a new one. In addition, the cost is also relatively high at about 60 million won per unit.

The KITECH research team, together with the Navy’s maintenance depot team, completed the repair of the component within a short period of time using directed energy deposition (DED) technology and layering heterogeneous materials on top of the defected area.

Just like the principle of welding, the new technology selectively shoots a laser beam to the surface of the component and layers metallic powder on top of the targeted area. Various materials can be used for layering.

The repaired central axis was mounted on a navy ship, with its operation having been evaluated for one and a half years. Thus far, no defects have been found.