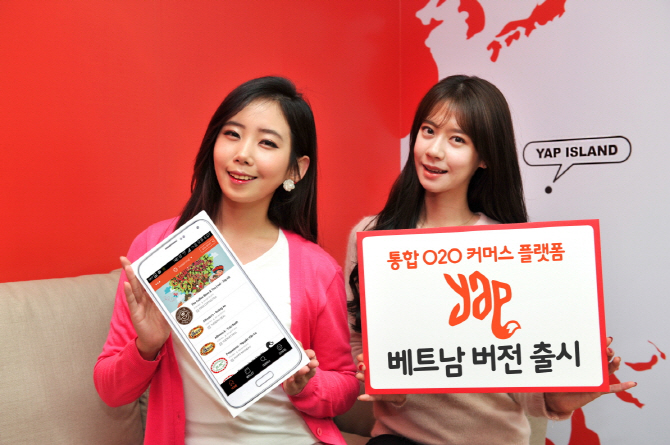 YAP’s new beacon technology brings micro-locating to mobile device users without even having to launch the YAP application. (image:YAP)

Beacon technology is a notification-pusher system that works on low frequency chips in Bluetooth equipped mobile devices. The chips can connect to networks of pre-installed Beacon devices to pinpoint the location of mobile device owners around beacon devices much more accurately than existing near field communication (NFC) technologies.

YAP’s new beacon technology brings micro-locating to mobile device users without even having to launch the YAP application. YAP pushes pop-up messages to users, informing them of various promotional and discount events held by stores that have beacon devices installed. YAP can communicate with more than 13,000 stores in Korea, including Starbucks and CU convenience stores.

In Vietnam, YAP will be available at 20 Shop&go stores, YAP’s partner company and the top-ranking convenience store franchise in Vietnam. YAP is also in talks with Coffee Bean, Domino Pizza and Vietopia, a Vietnamese theme park.

What makes YAP’s new technology stand out is the beacons that are used, as they can also work on high frequency chips found in budget phones that are widely used in emerging countries. Existing beacon technology has usually been limited to low frequency chips in expensive, cutting-edge smartphones.