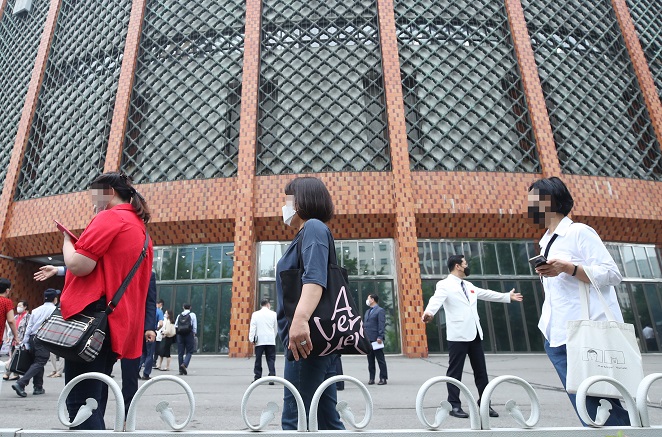 SEOUL, June 20 (Korea Bizwire) — Church attendance and giving in South Korea have been sharply reduced due to the coronavirus pandemic, a survey showed on Saturday.

In the survey of 1,135 member pastors of the General Assembly of Presbyterian Church in Korea, 68.8 percent said church donations have decreased due to COVID-19, while 30.1 percent said there has been no change and 1 percent said it has increased.

The average decrease was 28.7 percent. Of the respondents who said they have experienced a decline in offerings, 53 percent said the amount has dropped by 20-40 percent, while 23.8 percent put the rate of decrease at less than 20 percent.

The survey also showed 73.2 percent of metropolitan churches and 87.5 percent of churches with more than 500 adult members said the amount has decreased.

During the period between March and early April, when infections spiked, attendance at in-person services dropped to an estimated 42.4 percent of the pre-pandemic level, the survey suggested.

The figure grew to 61.8 percent on May 24 when the outbreak showed signs of subsiding.

Regarding the possibility of change in the number of congregations after the end of the virus crisis, 49.2 percent said it would decrease and 40.8 percent expected there would be no change, while 5.3 percent anticipated an increase.

During the period when infections were surging, 40.6 percent of the pastors said they conducted in-person services, 19.3 percent offered virtual worship, 21.3 percent let churchgoers choose between the two forms and 13.5 percent let them worship on their own at home.

The survey was conducted between May 28 and June 1 by pollster Ji&Com and was commissioned by the General Assembly of Presbyterian Church in Korea.