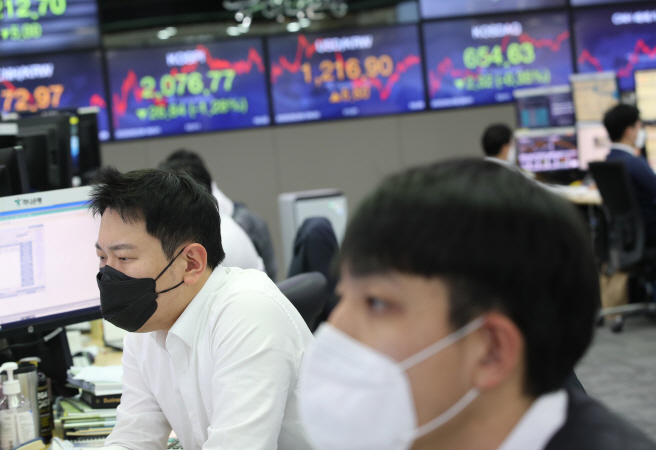 SEOUL, Feb. 27 (Korea Bizwire) — Foreign investors have been unloading South Korean stocks over the past month amid the fast spread of the coronavirus and other negatives, data showed Thursday.

Offshore investors sold a net 2.4 trillion won (US$1.98 billion) of South Korean equities in the first 26 days of February, according to the data from the Korea Exchange.

Market watchers attributed strong foreign selling of South Korean stocks to the rapid spread of COVID-19 across the world, which sparked a global flight to safety.

The number of confirmed cases in South Korea, which totaled a mere 11 at the end of January, soared to 1,261 as of Wednesday, with its death toll reaching 12.

Also behind the foreign sell-off were concerns over a global economic slowdown and poor corporate earnings.

Major global investment banks have downgraded their growth forecasts for the world economy.

“Overall investor sentiment has been hurt by growing concerns over corporate earnings in the wake of the coronavirus crisis,” said Suh Sang-young, an analyst at Kiwoom Securities Co.

“Another drag on foreign stock buying is a weak South Korean currency against the U.S. dollar.”

Analysts said despite expanding volatility, there may be limited plunges in South Korean stocks down the road in light of a retreat in the epidemic’s spread in China.

Foreign investors are expected to enter the local stock market again once a turning point appears in the spread of COVID-19 in South Korea and the won-dollar rate stabilizes after the government’s drafting of an extra budget to tackle the fallout of the epidemic, they added.