“Control towers” can either be temporarily formed or exist as separate organizations within a corporation in the form of a committee, headquarters, or a division, serving various purposes including the restructuring of affiliates and subsidiaries. (image: KobizMedia/ Korea Bizwire)

SEOUL, Dec. 7 (Korea Bizwire) – Samsung vice chairman Lee Jae-yong’s reluctant promise during Tuesday’s parliamentary hearing over the Choi Soon-sil scandal to disband the group’s Future Strategy Office – the key department responsible for the group’s decision-making process for all Samsung affiliates – has raised questions as to how other Korean conglomerate groups’ so-called “control towers” are operated, and what purpose they serve.

According to industry watchers, control towers can either be temporarily formed or exist as separate organizations within a corporation in the form of a committee, headquarters, or a division, serving various purposes including the restructuring of affiliates and subsidiaries.

Hyundai Motor Group is one of the few groups that doesn’t operate such a body serving as a control tower, possibly because of Hyundai is primarily an automotive corporation with most of its affiliates working together for a common interest.

“When we need to mediate between affiliates over a mutual subject, respective bodies from each of the affiliates will gather for a discussion,” an official said.

SK Group operates the SUPEX Council, serving as the “supreme deliberative body between each affiliate”. However, SK describes the council as being of different nature to Samsung’s Future Strategy Office, which is deeply rooted in its former secretariat and the restructuring office.

According to SK, the SUPEX Council was established to help create synergy by promoting cooperation between professional businesspersons and executives from each affiliate, away from decision-making interference by SK family owners like Chairman Chey Tae-won.

LG Corporation is a holding company that serves as the control tower for all of its affiliates, with its functions including overseeing business management, coordinating tasks, and spearheading new business ventures. 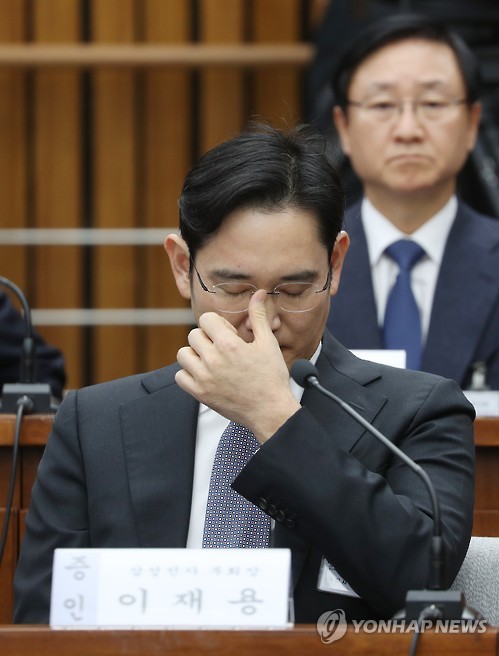 Lotte currently operates a Policy Headquarters as its control tower. It is comprised of five offices – operations, support, personnel, communications, and vision and strategy – staffed by some 250 employees.

The headquarters serves less as a secretariat and more as a hands-on business management body for Lotte affiliates. According to sources, Lotte’s expansion into chemicals and services from its roots in retail was also the work of its Policy Headquarters.

However, after months of investigation into the group, CEO Shin Dong-bin publicly announced a restructuring of the division, adding offices promoting corporate social responsibility and law-abiding business management.

POSCO established its Value Management Department in March 2014 with the inauguration of Chairman Kwon Oh-joon.

Although the department’s key focus is in reorganizing business structures, rather than superintending the works of the entire POSCO empire, it has recently been expanded to supervise the financial affairs of the group, and was renamed to the Value Management Center in February of this year.

Hanwha’s control tower is the Management and Planning Office, led by the group’s vice chairman Keum Choon-soo. It is made up of employees dispatched from each of Hanwha’s affiliates, and responsible for a wide range of business matters from operations and personnel to finance, communications, and legal affairs.

As for Samsung’s Future Strategy Office, industry watchers expect company officials to consider various options, including merging it as a branch under Samsung Electronics, or restructuring it into a separate organization in the form of a committee responsible for risk management and business issues for the entire group.

The office was criticized for its key role in donating 20.4 billion won ($17.5 million) to two foundations controlled by Choi Soon-sil, as well as wiring 2.8 million euros to Choi’s daughter, Chung Yoo-ra, in Germany. It is also said to have played a key role during the controversial merger of Samsung C&T and Cheil Industries in 2015.