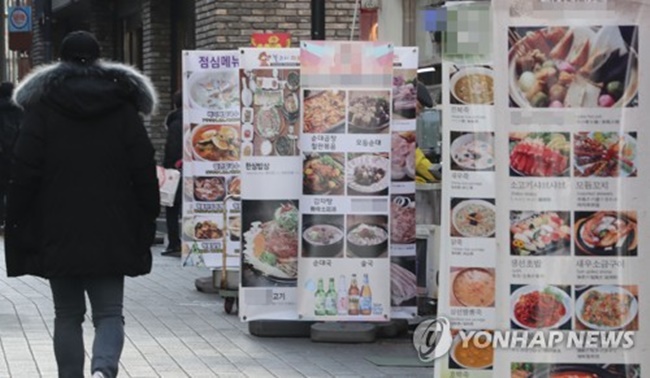 A citizen passes by menu signboards in downtown Seoul on Jan. 7, 2018. (Image: Yonhap)

SEJONG, Feb. 5 (Korea Bizwire) – The cost of eating out in South Korea rose to the highest level in nearly two years in January as a hike in ingredients and labor expenses drove up meal prices, data showed Saturday.

The cost of meals sold at local restaurants and cafeterias increased 2.8 percent in January compared with a year earlier, the highest since February 2016, according to the data compiled by Statistics Korea.

Industry officials say a rise in labor costs and ingredient prices are part of the factors behind the price hike as the minimum wage was lifted by 16.4 percent to 7,530 won (US$7.04) last month, marking the biggest jump in about two decades.