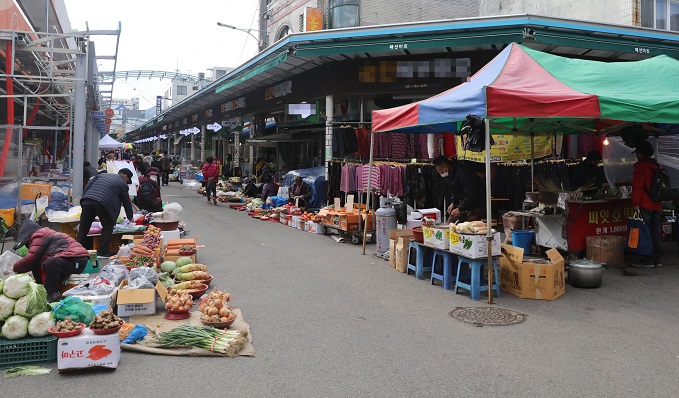 SEOUL, Nov. 21 (Korea Bizwire) — The small southern county of Hadong in South Gyeongsang Province started to enforce the third-highest level of social distancing Saturday to prevent the further spread of the novel coronavirus.

The provincial government said it raised social distancing by one notch to Level 2 under the new five-tier social distancing scheme in the Hadong county, about 360 kilometers south of Seoul, starting at 2 p.m. Saturday.

The move came as 29 new cases had been confirmed in the past five days in the county with a population of 45,000.

Under the Level 2 distancing rules, operations of night clubs and bars are prohibited, while food and drinks can be served in restaurants and coffee shops until 9 p.m., with only takeout and delivery services available afterward.

Hadong is the second municipality in South Korea to enforce the third-highest level, following the city of Suncheon in South Jeolla Province.

South Korea has been struggling with a third wave of the coronavirus pandemic as daily cases have been above 300 for four straight days, centered on the greater Seoul area.

Health authorities, which implemented the second-lowest Level 1.5 distancing in Seoul and its surrounding regions this week, are mulling heightening the level by another notch to slow down the spread of the virus.