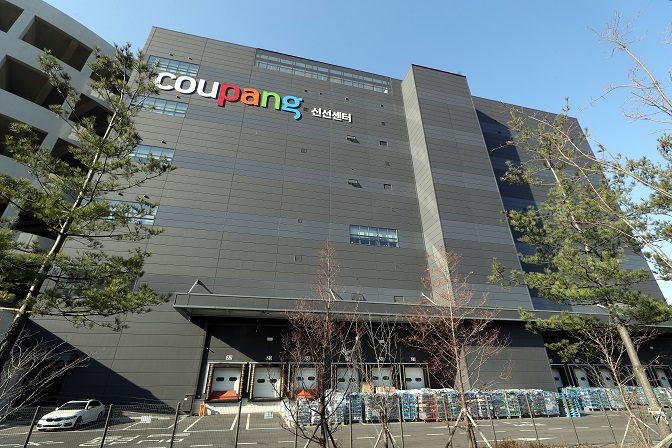 Coupang’s consolidated sales in 2021 jumped 54 percent on-year to US$18.4 billion, the largest volume since its launch in 2010, according to the regulatory filing by the New York-listed e-commerce behemoth.

Operating loss widened to a fresh record of $1.49 billion, replacing the previous bottom in 2018.

Net loss came to $1.5 billion, including a $296 million loss from the fire that consumed its distribution center in Icheon in June.

Coupang said its losses increased due to higher investment costs to expand its delivery network to get an upper hand in the intensifying competition in the e-commerce sector.

As of the end of 2021, about 9 million users subscribed to Coupang’s Wow membership, a premium plan for overnight and next-day delivery.

Coupang also attributed the increased deficit to the higher quarantine costs from the new coronavirus pandemic.

In the October-December period, Coupang’s sales increased 34 percent to a quarterly record high of $5.1 billion.

During the three-month period, operating losses nearly tripled to $396.6 million, compared with $131 million a year ago. Net losses deepened to $405 million.

Coupang disclosed the earnings data after the U.S. trading closed. Its stock closed at $25.41 on Thursday in Korea time, down 0.2 percent from the previous session and down from its public offering price of $35.

The firm made its landmark debut on the New York stock market in March 2021.