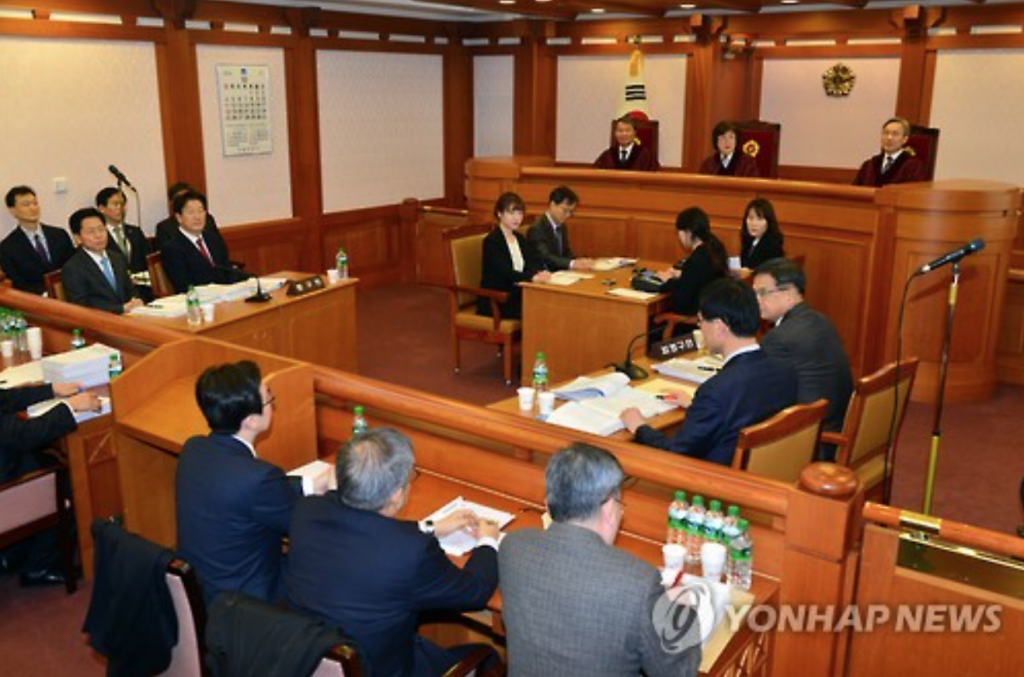 Justices begin the third and final preparatory hearing on the National Assembly’s impeachment of President Park Geun-hye at the Constitutional Court in Seoul on Dec. 30, 2016. The first official hearing is slated for Jan. 3, 2017. (image: Yonhap)

SEOUL, Dec. 30 (Korea Bizwire) – South Korea’s Constitutional Court on Friday did not approve the questioning of President Park Geun-hye during the review hearings of the scandal-hit president’s impeachment.

During the third and final preparatory session held at the courthouse in central Seoul, the justices rejected the parliamentary panel’s request to interrogate President Park but instead chose her close aides as witnesses.

The president is awaiting the court’s decision after the country’s parliament voted to oust Park on Dec. 9 over allegations she let her friend Choi Soon-sil meddle in state affairs and amass profits using her ties to the president. The court has up to six months from the day of the vote to either approve the decision or reinstate her.

The court named four of Park’s associates as witnesses, including Ahn Bong-geun and Lee Jae-man, for the second official hearing to take place on Jan. 5.

The two who served as presidential secretaries for public relations and administrative affairs, respectively, were among Park’s longest-serving aides who resigned earlier this year following the scandal.

The interrogation of Choi and two other former presidential aides — An Chong-bum, ex-senior presidential secretary for policy coordination, and Jeong Ho-seong, former secretary for private presidential affairs — who were named witnesses earlier will take place on Jan. 10. The court said it took into consideration the hearing dates for their own trial, which is currently underway. All three have been indicted over their involvement in the scandal.