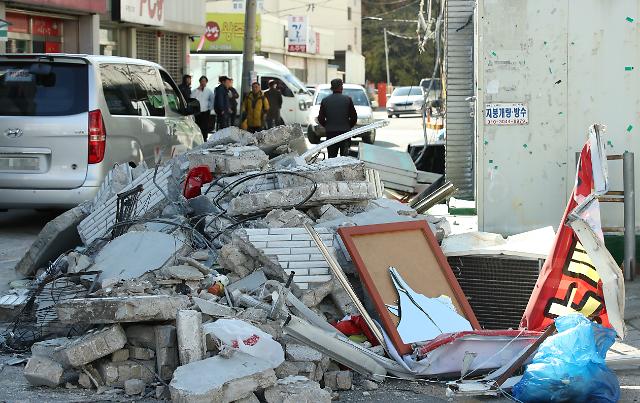 The trial is finally starting one year and nine months after the quake, as a government research team announced belatedly that ‘the operation of the geothermal power plant brought about an earthquake’, and the size of the litigant class expanded to more than 12,000 people.

During the first hearing held Tuesday at the Pohang Branch of the Daegu District Court, defense lawyers representing the Ministry of Trade, Industry and Energy and the geothermal power plant operator NEXGIO, argued that they were not directly responsible for the earthquake.

The state said that while it invested 18.4 billion won (US$15.1 million) in NEXGIO, it was not responsible as it was not involved in the establishment or development of the geothermal power plant itself.

On the other hand, the plaintiffs countered that there is ample evidence that the country was involved in geothermal power generation, given that the state managed and supervised the budget, and that it was overseen by the Korea Institute of Energy Technology Evaluation and Planning, an institution operating under the ministry.

The court decided to schedule the next hearing for October 14.

Meanwhile, a joint team of plaintiffs filed a separate suit against the state and Pohang Geothermal Power Co.