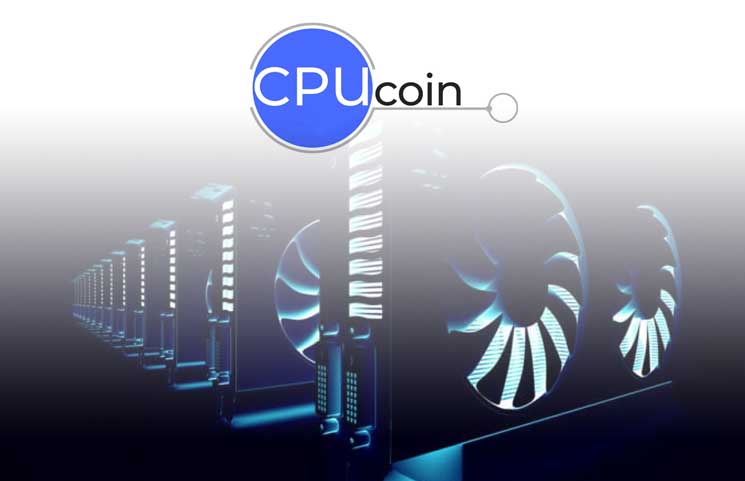 SEOUL / SAN FRANCISCO, Aug. 5, 2019 (Korea Bizwire) — (via Blockchain Wire) - CPUcoin, the sharing economy for CPU/GPU power, is excited to announce its upcoming Initial Exchange Offering (“IEO”) of its CPUcoin (CPU) utility token on ProBit Exchange. The first-round offering will begin sharply at 9 AM KST on August 14, 2019. ProBit is a rapidly growing exchange with weekly trading volume exceeding $175 million and over 150 crypto pairs.

“ProBit has already secured itself a spot as a top-tier global exchange, and their track record of excellence will help establish a rapid path towards a robust and liquid market for CPUcoin,” said Sean Barger, Managing Director of CPUcoin.

“CPUcoin has a grand vision that is increasingly relevant in this new age of tech. Sean, Barger has assembled a strong team with excellent blockchain and business background as well as proven advisors including Michael Terpin,” said Ronald Chan, Director of Partnerships at Probit Exchange. “400 projects have applied for an IEO on ProBit, and CPUcoin is only the second project to be accepted as a premium project. ProBit is impressed by CPUcoin’s vision, time-tested technology and releases, including their live TestNet. We are very optimistic about the project’s future. The CPUcoin team combines industry expertise and proven backgrounds in entrepreneurship and large-scale multi-billion-dollar infrastructure solutions.”

CPUcoin enables anyone to install its miner client and collect funds for their unused compute time. A new certified utility token, also called CPUcoin, will enable any sized organization to pay as they go.

The Compute Generation Network will launch with a series of strategic partnerships to ensure increased utility of the token and provide growth capacity. For example, the first decentralized service to run on the CGN, Equilibrium MediaRich, currently powers multiple Fortune 500 companies including Walmart, Adidas, Warner Bros, Sony Pictures and The Department of Energy. For capacity, CPUcoin has partnered with QoinPro to offer their 1.2mil accounts the opportunity to earn CPU by installing the CGN miner.

The CGN effectively eliminates the hassles and high expenses associated with provisioning, managing and scaling applications globally. Think of CPUcoin as the “Airbnb” for CPU/GPU compute power and a platform for automatically deploying and scaling Decentralized Services and DApps. As the native currency of the CGN, CPUcoin will be used to pay for all consumption of services, as well as to pay out to the many providers of idle computer time.

About CPUcoin
CPUcoin is developing a first-of-its-kind Compute Generation Network (CGN), a unique, flexible, and scalable Infrastructure-as-a-Service offering for a new sharing economy of miners. CPUcoin provides a distributed system for delivering services that power DApps (Decentralized Applications) for both consumers and enterprise-class users. The CGN is a general-purpose ecosystem, uniquely architected to excel in providing services that meet demand in real-time, performing the specialized work needed to generate and deliver vast amounts of content, data analysis, artificial and business intelligence, web and over-the-top data or other content consumed by DApps globally. The CGN ecosystem is exclusively powered by a new utility token called CPU Coin (Ticker symbol: CPU)

About Probit
ProBit Exchange has propelled to the top-100 cryptocurrency exchange on CoinMarketCap through successful IEOs, having done more than 80 rounds of IEOs. ProBit Exchange is built by tech experts and has created a customizable interface for trading.  The exchange boasts order-matching speeds of over 1.5 million orders per second. ProBit was recently rated as one of the top 30 safest exchanges worldwide.