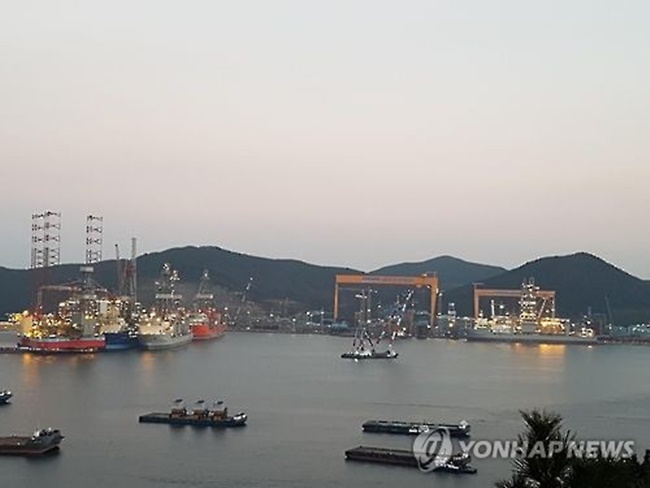 The deal came as the South Korean shipbuilder is struggling to tide over a deepening cash shortage. (Image: Yonhap)

Under the deal with Maran Tankers Management, a unit of Greece’s largest shipper, Angelicoussis Shipping Group, Daewoo Shipbuilding will deliver the 318,000-ton VLCCs by 2018.

Angelicoussis is one of the major clients for Daewoo Shipbuilding. The company is currently building 18 ships for the Greek shipper.

The deal came as the South Korean shipbuilder is struggling to tide over a deepening cash shortage.

Late last month, the creditors announced a fresh rescue package worth 6.7 trillion won for the ailing shipbuilder, but only if all stakeholders agree to a debt-for-equity swap plan.

With the latest deal, Daewoo Shipbuilding has secured deals valued at a combined $770 million to build seven ships, including five VLCCs.

The shipyard’s new orders may top $1 billion if it finalizes a deal to build floating storage and regasification units, which may fetch up to $1.6 billion.’