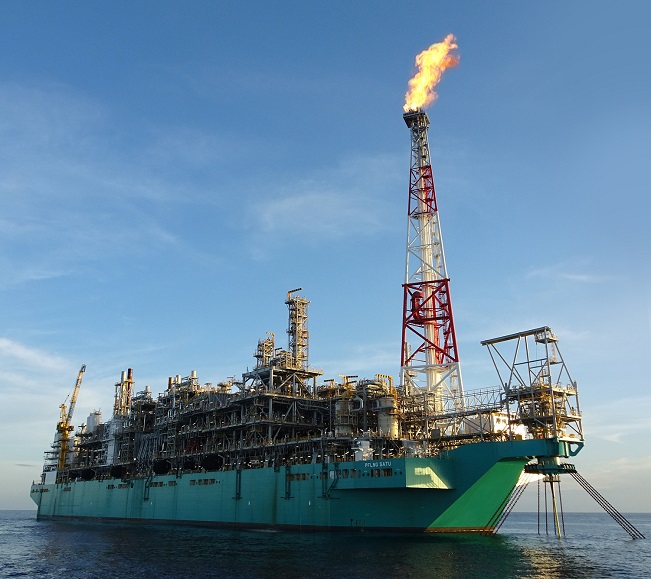 This photo provided by Daewoo Shipbuilding & Marine Engineering Co. on Oct. 21, 2020, shows the world’s first FLNG facility built by the shipbuilder in 2016.

The approval in principle for Daewoo Shipbuilder’s design for the LNG offshore facility by the U.S. firm allows the shipbuilder to seek orders for the facility, the company said.

Daewoo Shipbuilding has pushed for the project under the cooperation with ABS since June 2019.

The 64-meter-wide FLNG facility, 4 meter wider than its previous one, can produce 3.5 million tons of LNG annually and store 209,000 cubic meters of LNG, the company said.

Daewoo Shipbuilding delivered a FLNG facility in May 2016 for the first time in the world.

The FLNG facility is an offshore facility that can liquefy and store natural gas after producing natural gas on the sea.