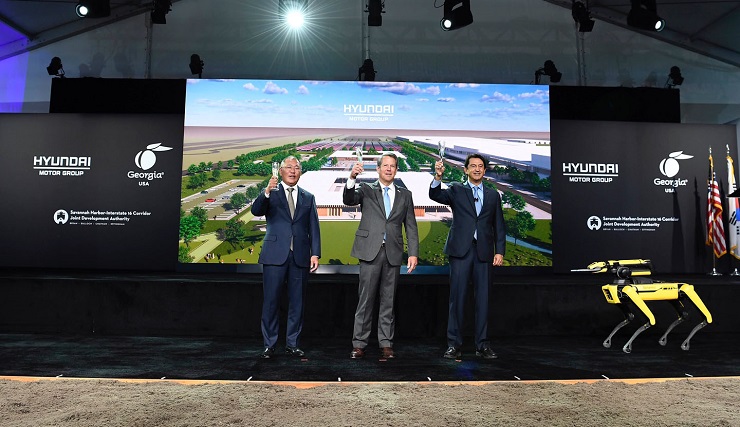 SEOUL, Dec. 9 (Korea Bizwire) — Hyundai Motor Group and SK On Co. will build an electric vehicle battery manufacturing facility near Atlanta in the U.S. state of Georgia, the state government has announced, after the two South Korean companies unveiled a plan to join hands on EV battery supply.

The two companies will establish the plant at a site in Bartow County, about 72 kilometers north of Atlanta, by 2025, the office of Georgia Gov. Brian P. Kemp said in a press release posted on its website Thursday.

The state government did not provide details on the value of the project but said it expects to create over 3,500 new jobs through approximately US$4-5 billion of investment.

The news follows the announcement by Hyundai Motor and SK On late last month that they signed a memorandum of understanding to collaborate on EV batteries in North America after 2025.

The announcement did not include specifics, such as what form the partnership will be and supply volume, which the companies said were in discussion.

The Georgia state government said in the release that the plan for the new facility is subject to final approval of the boards of Hyundai Motor and SK On.

An SK On official said the company is looking at various options and nothing has been decided yet.

South Korean automakers and battery producers have been accelerating efforts to expand their presence in North America, after a U.S. law on giving tax credits to EVs only assembled in the region came into force in August.

The law also requires a certain portion of EV batteries produced with minerals mined or processed in the U.S. or countries or regions that have free trade pacts with the U.S. The portions will increase over the years.

SK On has two EV battery manufacturing plants in Georgia. SK On supplies batteries for Hyundai Motor’s IONIQ 5 and IONIQ 6, its two popular EV models, and the EV6, the electric SUV made by Kia, Hyundai’s smaller affiliate.