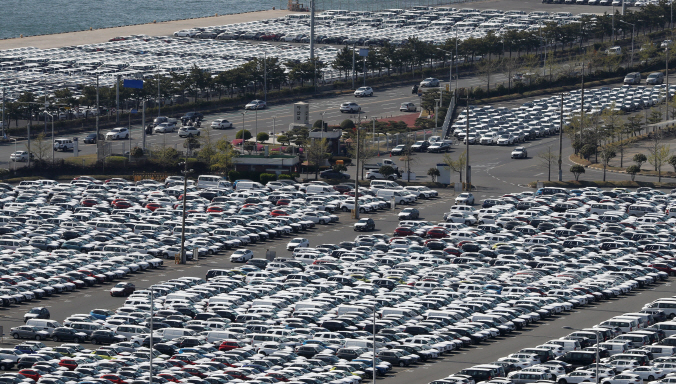 Hyundai already suspended two assembly lines at the No. 2 plant in Ulsan, 414 kilometers southeast of Seoul, and one line at the No. 4 Ulsan plant on Friday after a worker of its subcontractor died on Thursday, a company spokesman said.

The country’s largest automaker has been supplied parts on a daily basis by the parts supplier.

“It remains to be seen whether the suspension at the No. 2 and No. 4 Ulsan plants will continue tomorrow or this week due to the labor ministry’s investigation into the scene of the accident,” he said.

Hyundai rolls out the Palisade SUV from the two plants and the GV80 SUV from the No. 2 plant. The subcontractor in Ulsan has provided crash pads, a core component used in the cockpit module of the two SUV models.

In recent weeks, the maker of the Sonata sedan and the Santa Fe SUV had suspended some of its assembly lines in the main Ulsan plants to control inventories amid the COVID-19 pandemic.