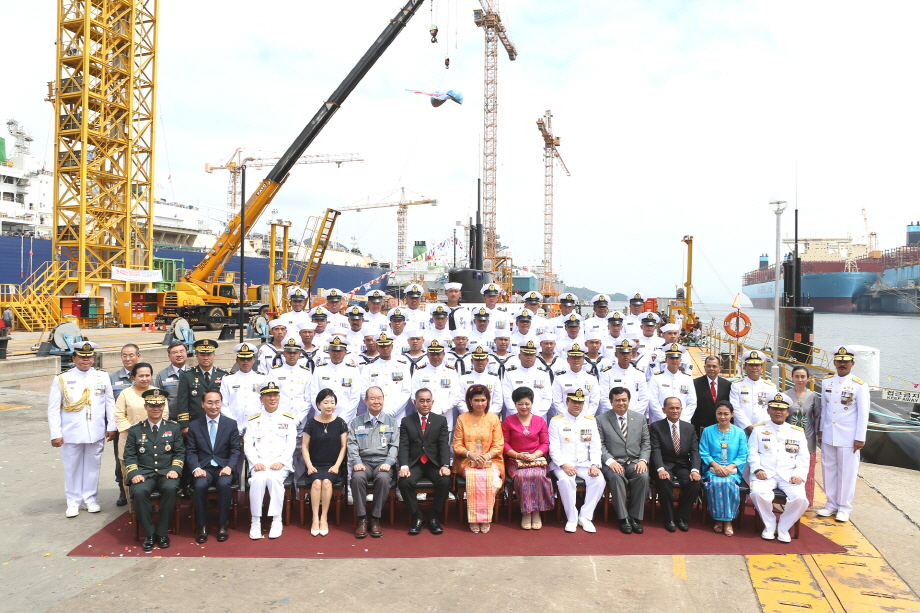 Participants at a delivery ceremony of a submarine pose for a photo at its shipyard on Geoje Island on Aug. 2, 2017. (image: DSME)

The company said it held a ceremony at its Okpo shipyard on Geoje Island off the southern coast to mark the event.

The boat is the first of three submarines commissioned by the Southeast Asian country under a 2011 deal worth US$1.1 billion, which is equivalent to selling some 730,000 locally made midsize cars abroad, Daewoo Shipbuilding said.

Following the delivery, South Korea became the fifth country in the world to export a submarine, after Britain, France, Russia and Germany.

The second submarine is under construction with the plan to be completed within the year and the third one will be made in “block form” here and sent to Indonesia to be assembled by 2018, the company said.

The submarines, is a modified version of the Chang Bogo-class attack submarines currently in service in the South Korean Navy. It can cruise for 18,520 kilometers without making port call, twice the distance from the country’s southern port city of Busan to Los Angeles. The new boats are expected to serve in Indonesia’s Navy for at least 30 years.