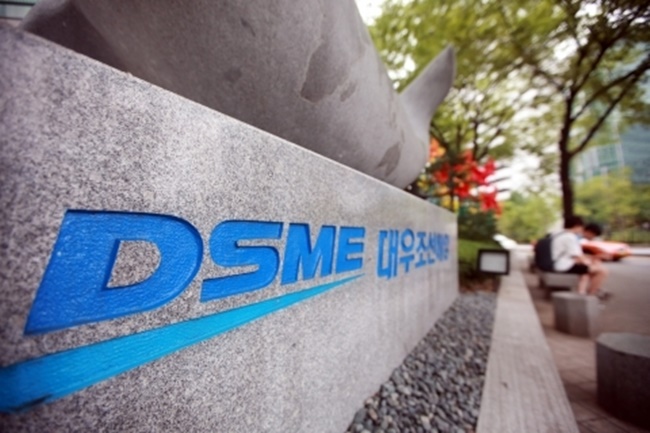 Net profit reached 1.26 trillion won (US$1.1 billion) in the April-June period, following a profit of 234 billion won the previous quarter, it said in a regulatory filing. (Image: Yonhap)

SEOUL, Aug. 14 (Korea Bizwire) – Daewoo Shipbuilding & Marine Engineering Co., a troubled shipbuilder here, said Monday that it posted a profit for the second straight quarter in the second quarter, largely thanks to cost-cutting measures and increased delivery of offshore facilities.

Net profit reached 1.26 trillion won (US$1.1 billion) in the April-June period, following a profit of 234 billion won the previous quarter, it said in a regulatory filing.

In the first half of the year, Daewoo Shipbuilding racked up a net profit of 1.49 trillion won and an operating income of 888 billion won.

In March, its creditors, led by Korea Development Bank (KDB), announced a fresh rescue package worth 6.7 trillion won for the shipyard.

The shipbuilder is hard pressed to implement self-rescue measures worth 5.3 trillion won through 2018. It has already sold off noncore assets and cut its workforce, through which it has raised or saved 1.8 trillion won.

For the rest of the year, the shipyard aims to cut costs for workers by 25 percent to 640 billion won. Moreover, it is planning to cut its workforce to below 9,000 by 2018, and will try to sell more assets.