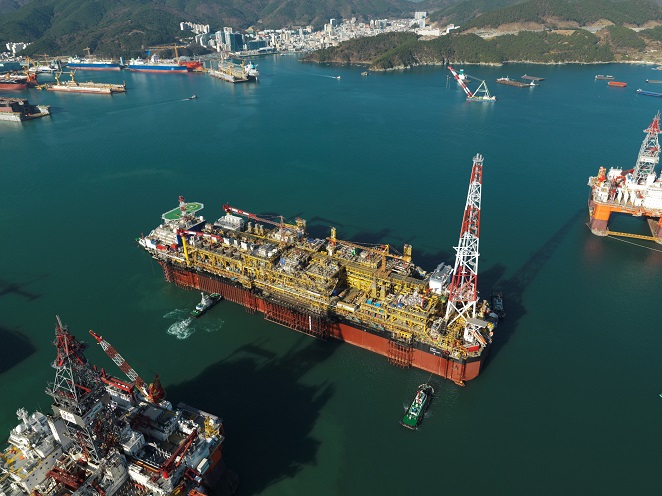 SEOUL, June 14 (Korea Bizwire) — Daewoo Shipbuilding & Marine Engineering Co. (DSME) said Monday that it has signed a 1.9 trillion won (US$ 1.7 billion) deal to build a hull of an offshore facility.

The deal is part of a total 2.6 trillion won project to construct a floating production, storage and offloading vessel (FPSO), which was placed by Brazilian state-owned oil firm Petrobras, DSME said in an emailed statement.

The deal was jointly won by Italy’s oilfield services company Saipem, DSME said. The FPSO will be delivered by December 2025.

DSME will construct the hull of the FPSO that stores crude oil and a part of the FPSO’s upper structure.

The deal valued at over 1 trillion won for an offshore facility marks the first for DSME since 2014, when it won a 3 trillion won order, DSME said.

The oil production facilities market is expected to gradually recover thanks to a recent rise in oil prices, which will be helpful for DSME to win more orders for offshore plants, the shipbuilder said.

DSME said it has achieved 48.3 percent of its annual order target of $7.7 billion so far this year, obtaining $3.72 billion orders for 26 ships and one offshore plant.

The deal was also part of a total 2.5 trillion won order, which was placed by the Brazilian state-run oil firm.