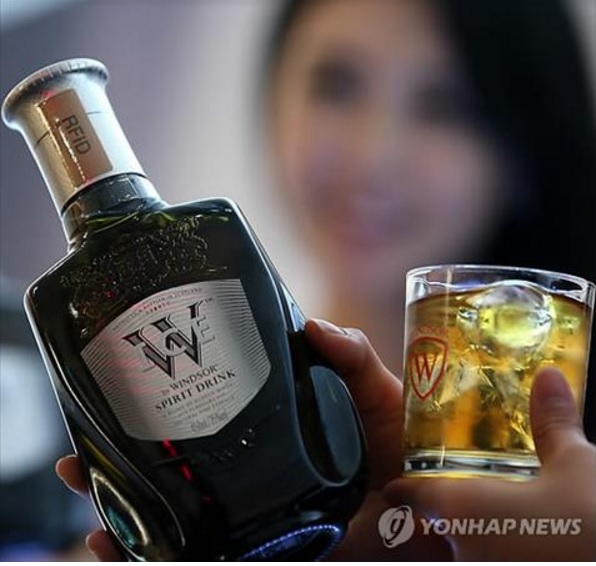 A prolonged economic slump and changes in drinking culture have cornered the whiskey market to the point where the industry has fallen into cutthroat competition. (image: Yonhap)

SEOUL, June 23 (Korea Bizwire) – A prolonged economic slump and changes in drinking culture have cornered the whiskey market to the point where the industry has fallen into cutthroat competition, with companies breaking a voluntary agreement signed under the direction of a supervisory agency, the National Tax Service.

Diageo Korea and Pernod Ricard Korea, the top two whiskey companies in Korea, are currently running a “Buy 6 Get 1 Free” promotion where anyone who purchases six bottles of whiskey will be given an extra bottle for free, according to an industry report released on Thursday, June 23.

When Diageo’s Windsor W Ice and W Rare, which are both NAS (no age statement) whiskeys, and Pernod Ricard’s Imperial Neon are sold to bars through a wholesaler, seven bottles of whiskey will go for the price of six bottles.

The problem arises because the whiskey industry signed a voluntary agreement banning these types of promotions in 2011.

The agreement contained provisions stating that any giveaways that violate the terms specified in the Fair Trade Commission’s (FTC) unfair trade practices are banned, alcoholic beverages should not be sold at prices lower than the actual purchase price, and additional alcoholic beverages shall not be offered as giveaways.

This particular “Buy 6 Get 1 Free” promotion falls under the prohibited practices specified by the FTC, which were agreed upon to ban excessive competition during a market downturn.

Most companies have been refraining from participating in these unfair practices, but as Golden Blue, a local whiskey brand, started to dominate the market, foreign whiskey companies quietly began to adopt promotional strategies.

Some speculated that Pernod Ricard’s recent replacement of board members due to poor performance and Diageo’s executive evaluation may have triggered the changes.

“This type of competition has been subdued for a while because of the National Tax Service’s supervision and the market’s self-control, yet it’s on the rise again,” said an industry official. “Since Diageo and Pernod Ricard end their fiscal years in June, it could be their last attempt to “boost” sales,” he added.

A representative of Diageo Korea said that the “Buy 6 Get 1 Free” promotion was part of a temporary event to celebrate the one-year anniversary of the launch of the Windsor W series, and it was not related to exaggerating end-of-year sales.