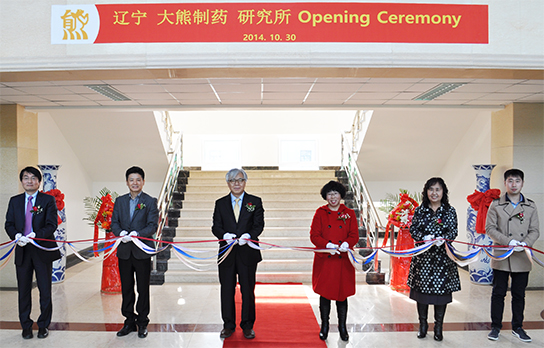 The newly-built lab located in the Benxi Economic Development Zone near Shenyang will be run 24/7 and develop oral solution products and solid formulations for Chinese consumers.

With this, the Korean drug company now has a corporate body and offices in Beijing and factories and labs in Shenyang. With these establishments, the company plans to reach sales revenue of 500 billion won, or about US$ 463.4 million, within China by 2020.

The drug lab adopts an open-collaboration strategy, which encourages the lab to collaborate with major institutions in the three Northeast Provinces in China such as local colleges of pharmacy, research centers and other pharmaceutical companies in drug technologies and research. The strategy is expected to help Daewoong expand in not only markets in China and Korea but also elsewhere in the world.

The volume of Chinese pharmaceutical market is expected to grow to 320 trillion won by 2020 from 50 trillion won in 2013. In particular, the demand for children’s medications and oral solution products for the elderly are expected to increase rapidly in the future.

“The Chinese drug market is the second largest in the world. The Chinese government increasingly tightens regulations on imported medications. Our company adopted a reverse innovation strategy which means we develop and produce drugs for local people in China by acquiring a Chinese pharmaceutical company and establishing a lab in the mainland,” said Lee Bong-yong, head researcher of the company.