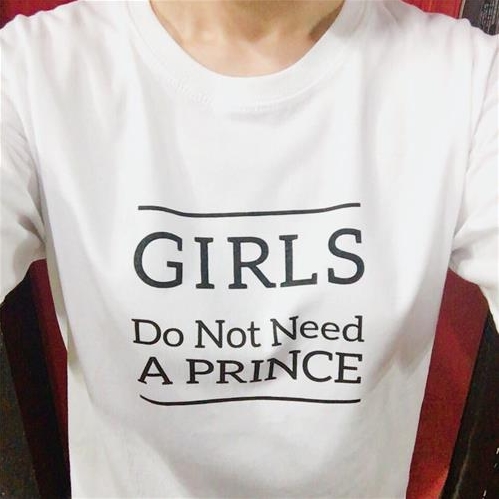 Kim posted a picture of herself wearing a white t-shirt that says ‘Girls Do Not Need a Prince’ on her twitter account. (image: Yonhap)

SEOUL, July 20 (Korea Bizwire) – Kim Ja-yeon, a voice actress featured in the online game ‘Closers’ – created by Naddic Games and distributed by Nexon – was fired on July 19 for wearing a t-shirt that allegedly supports Megalia, a community well-known for its anti-misogyny views.

On July 18, Kim posted a picture of herself wearing a white t-shirt that says ‘Girls Do Not Need a Prince’ on her twitter account. The t-shirt was recently manufactured by Megalia to raise funds to file a lawsuit against Facebook, which deleted its account.

When some netizens suggested that the t-shirt instigates misandry and suspected Kim of being a Megalia member, Kim replied on her twitter that she was not actually a member of the Megalia community and that she was aware that the community was created to fight against misogyny. She added that she did not have any particular issues with the community, and did not understand why her post was seen as controversial, yet she was willing to take responsibility for her actions.

The online game companies for which Kim has been doing voiceovers decided to replace her with a different voice actress despite updates that are about to be released in just a few days.

Some people on online game communities criticized the game companies for taking the issue too far by firing the voice actress just because of the text printed on her t-shirt.

“We decided not to use content created by this voice actress not because of the t-shirt she was wearing, but because her tweets upset some of the users of our online games,” said a Nexon official.