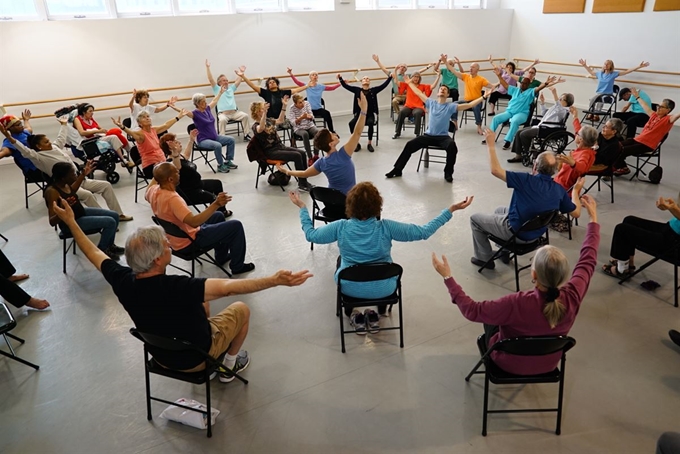 SEOUL, Oct. 24 (Korea Bizwire) — Danielle Teale, a leader in the field of dance treatment aimed at better health spoke at the “Dance for Dementia” symposium held at Chungmu Art Center in Seoul yesterday regarding educational dance programs for dementia patients.

“The Dance 4 Dementia program has been created for dementia patients so that they can take on creative activities that focus on cultivating a positive experience rather than just garnering medical progress,” said Teale, who is the health program coordinator for such worldwide art groups such as the English National Dance and the Royal Opera House in the U.K. She runs the °Dance 4 Dementia° program at international arts organizations, providing dance therapy programs that were developed jointly by therapists and arists.

Hosted by the Dancers’ Career Development Center, a civic group that was first to adopt a dance program for Parkinson’s disease patients in Korea, the symposium featured various case studies that illustrated the positive effects of dance therapy on dementia patients and their quality of life.

According to Teale, research on dance therapy and dementia is still in its infancy.

“In place of a medical approach, the treatment is more about allowing the patients to express themselves and to garner a strong sense of positive attitude about life,” said Teale.

Professor Park Kun-woo, a doctor at Korea University’s Anam Hospital who spoke at the symposium about the link between dance and treatment, stated that running is good form of exercise that can prevent the onset of dementia, but claimed that movements that require the coordination of more muscles could be more helpful for the brain.

“Making physical movements that are in sync with those of other people could help improve concentration and judgment skills,” said the professor, who explained the significant value of dance therapy for dementia patients. 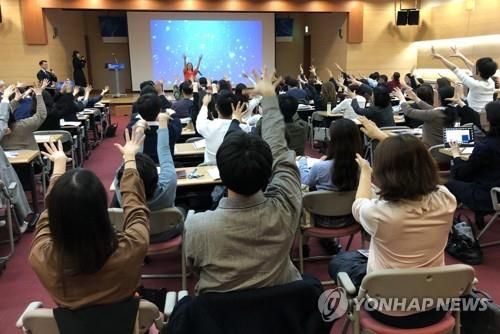 Hosted by the Dancers’ Career Development Center, the symposium featured various case studies that illustrated the positive effects of dance therapy on dementia patients and their quality of life. (image: Yonhap)

Such positive effects of dance therapy are quickly gaining recognition in Korea and abroad. After the adoption of the “Dance for PD” (Parkinson’s Disease) program by Dancers’ Career Development Center in September of last year, the organization has been providing dance treatment for patients suffering from the illness free of charge.

“Dance for PD” was first developed by the Mark Morris Dance Group and the Brooklyn Parkinson Group in New York.

At present, the program is being utilized by more than 250 communities in 24 countries.

The classes are aimed to empower participants “to explore movement and music in ways that are refreshing, enjoyable, stimulating, and creative,” according to the program’s official website.