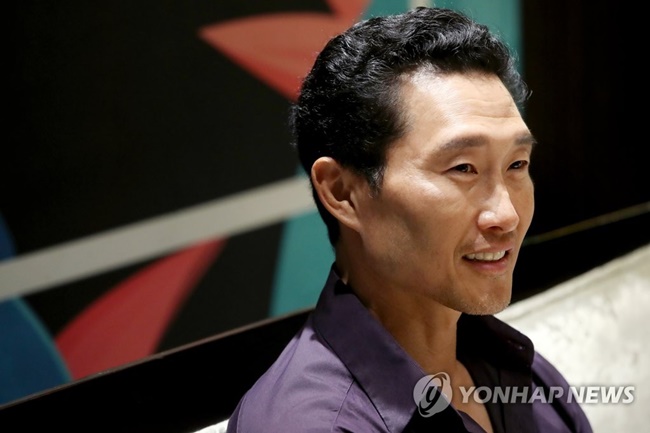 According to a number of sources including the BBC, the role of Ben Daimio, an American character with Japanese background, will be played by Kim. (Image: Yonhap)

According to a number of sources including the BBC, the role of Ben Daimio, an American character with Japanese background, will be played by Kim.

The reports of the new casting choice come on the heels of Skrein’s decision to back out of the role.

In a tweet last month, the actor acknowledged the criticism and said he was unaware of the character’s mixed racial background.

“It is clear that representing this character in a culturally accurate way holds significance for people, and that to neglect this responsibility would continue a worrying tendency to obscure ethnic minority stories and voices in the arts,” the tweet read, explaining the actor’s decision to part ways with the production of “Hellboy”.

Kim, who is set to play the role of an Asian-American of mixed race, praised Skrein and the producers’ decision according to the Hollywood Reporter, calling it “championing the notion that Asian characters should be played by Asian or Asian-American actors.”

Kim also said Skrein dealt with the issue in the most elegant way possible and that he feels indebted to him for his strength of character.

Kim has experienced his fair share of controversy surrounding whitewashing, including earlier this year when he decided to step down from his role as one of the main characters on American TV network CBS’s hit show Hawaii Five-O, along with Asian actress Grace Park, who starred opposite Kim on the show, after a salary dispute.

It was reported that both Kim and Park decided to leave the show after their request to be paid the same as the show’s other main characters was denied.

Whitewashing has been an ongoing issue in Hollywood for decades, and despite growing attention in recent years that has forced a number of the movie production companies to be more aware of their casting choices, it nonetheless remains a controversial issue.

Earlier this year, the casting of Scarlett Johansson as a Japanese human-cyborg in Ghost in the Shell caused a controversy as the character has an Asian background.