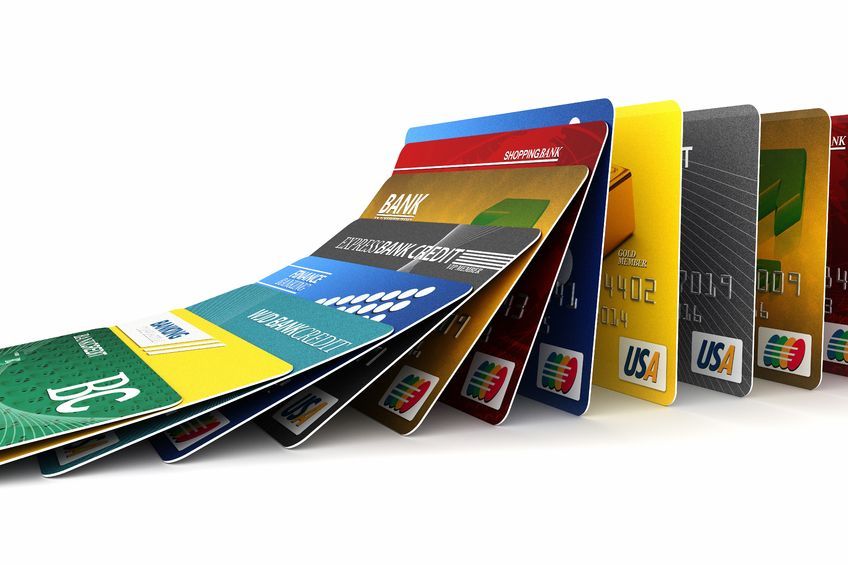 According to first-quarter 2014 statistics of overseas credit card usage of Koreans by the customs office, there were 60,070 Korean travelers who consumed over $5,000 (approximately 5.35 million won) on foreign items during this period. (image: Kobizmedia/ Korea Bizwire)

Following the customs law amendment with a purpose to legalize the underground economy, the Credit Finance Association has handed out card usage details of credit card users who spent over $5,000 overseas, to the Korea Customs Service, starting from this year.

The details are reported exclusively on credit usages on other than the basic travel expenses such as accommodations, air travel and food; the reports are only given in payments for buying foreign items or cash advance, for privacy protection.

According to first-quarter 2014 statistics of overseas credit card usage of Koreans by the customs office, there were 60,070 Korean travelers who consumed over $5,000 (approximately 5.35 million won) on foreign items during this period. The amount spent by these travelers is sizable considering that the chunk of money was spent solely on buying goods, other than the essential travel expenses.

The statistics demonstrated that these high-end credit card users have swiped their card for average $11,575 (12.37 million won) per person, which is 30 times more than the per-person spending of total overseas credit card users ($407). 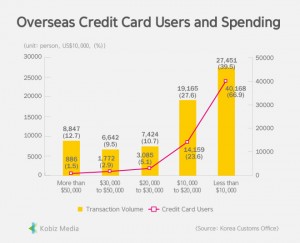 The data also showed that one-third of personal credit card payment was for buying items, while over 80 percent of the corporate cards’ counterpart was for the same purpose, showing that corporate card holders drain most of their expenditures on acquiring foreign goods.

When the credit card usage statistics were examined by a country, 31.6 percent of the total overseas credit payments during the period were made in the United States, followed by the Philippines (15.6%), China (8.1%), Japan (6.0%) and Singapore (4.3%). 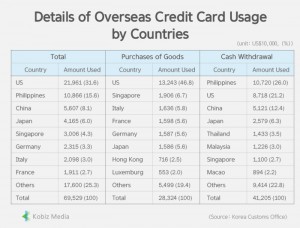 An official in the Korea Customs Service said, “It seems that a large amount of credit usage in countries such as the U.S., Singapore, Italy, France and Germany shows that travelers have used their cards in purchasing luxury items and jewelries, and most cash withdrawals were made in the countries where resorts and casinos are mainly located.”

The office is hoping that the details of overseas credit card usage will help crack down illegal customs duty evasion of underreporting import prices on foreign goods.

On the other hand, there are concerns over privacy information leakage with the office looking into detailed personal credit card usage history.

The official added, “The data that we look into is only confined to credit card usage on buying foreign goods and overseas cash withdrawals and we have only given restricted access to these materials to a few with the highest security clearance. Anyone who accesses these details other than the ones that are cleared to do so will be punished severely by customs law and criminal law.”