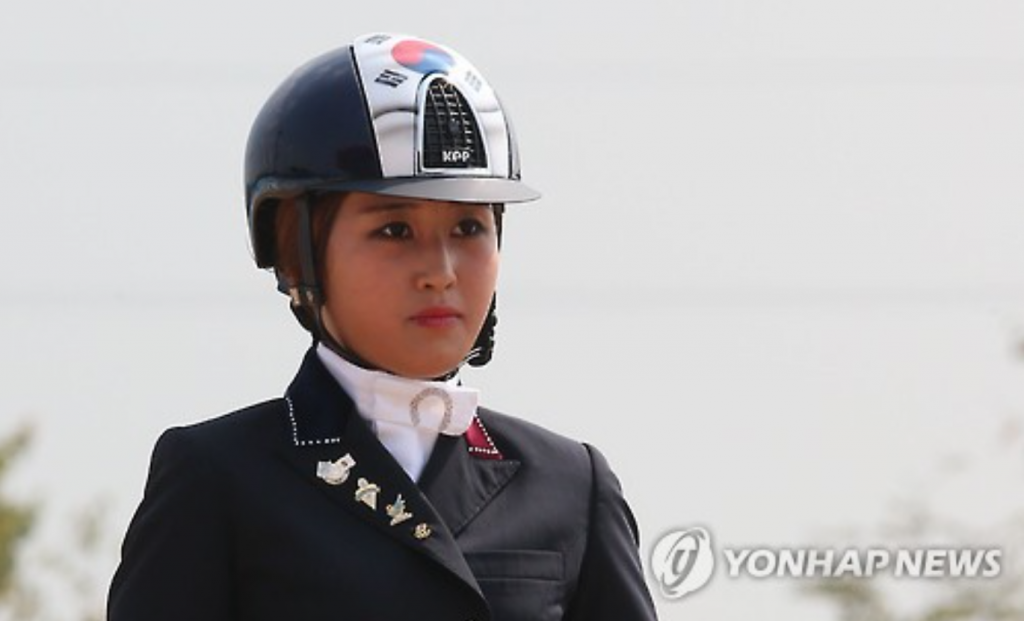 Chung is suspected of receiving undue favors from Seoul-based Ewha Womans University regarding admission and academic affairs by taking advantage of her mother’s ties to the president. (image: Yonhap)

SEOUL, Jan. 2 (Yonhap) – The daughter of President Park Geun-hye’s close friend, who is at the heart of an influence-peddling scandal that has led to the president’s impeachment, has been arrested in Denmark, police said Monday.

According to the National Police Agency, law enforcement authorities in the European country notified their South Korean counterparts that Chung Yoo-ra was arrested in the northern Danish city of Aalborg on Sunday on charges of illegal stay.

Chung, a former member of the national equestrian team, is suspected of receiving undue favors from Seoul-based Ewha Womans University regarding admission and academic affairs by taking advantage of her mother’s ties to the president.

Special prosecutors looking into the corruption scandal allegedly surrounding President Park and her friend Choi Soon-sil had requested that Interpol put Choi’s daughter on the wanted list after she declined to respond to the investigation team’s repeated summons.

The investigation team said it is collaborating with the relevant bodies to bring Chung to South Korea. The justice ministry and the prosecution said they will cooperate for her prompt repatriation.

Also on Monday, Song Kwang-yong, former senior presidential secretary for education and culture, was grilled by special prosecutors over suspicions the presidential office created a “blacklist” of cultural figures who are deemed critical of the government.

The investigation team has been intensifying its probe into the blacklist, summoning a number of former presidential aides and government officials.