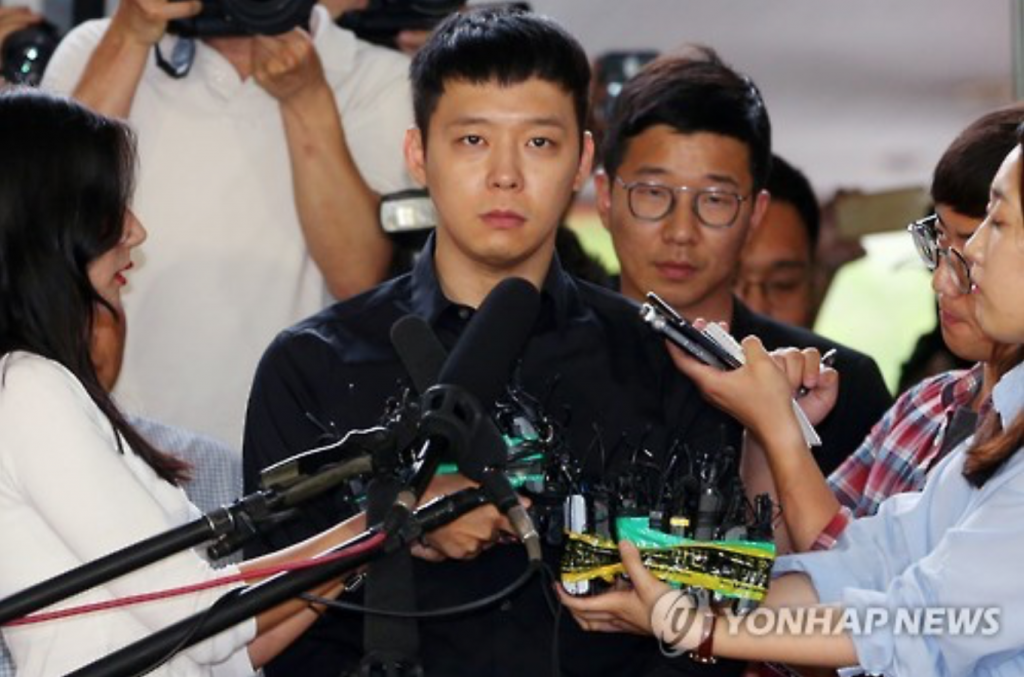 Park Yoo-chun, who was accused of four sexual assault charges (the first one was dropped), showed up at Gangnam Police Station Thursday afternoon around 6:30 p.m. (image: Yonhap)

Park Yoo-chun, a K-pop singer from the group  JYJ who’s under high media attention for a sexual assault scandal, and Lee Juno, a 90s pop star from Seo Taiji and Boys who was recently accused of sexual molestation, turned themselves in to police.

Meanwhile, Jung Yong-hwa and Lee Jong-hyun, members of the Korean rock band CNBLUE, were found not guilty and summarily indicted with 20 million won in fines, respectively. The two were accused of insider trading of FNC Entertainment’s stocks using undisclosed information.

Park Yoo-chun, who was accused of four sexual assault charges (the first one was dropped), showed up at Gangnam Police Station Thursday afternoon around 6:30 p.m. It had been 20 days since the first complaint was filed, and Park had until then remained silent in front of an inquisitive media contingent that showed up every day at the Gangnam District Office, where he currently serves as a public service worker.

“I apologize for causing much controversy,” said Park before entering the station. “I’ll cooperate the best I can with the investigation.”

Lee Juno showed up at Yongsan Police Station on Thursday afternoon at 3:00 p.m. He was accused of sexually harassing two women inside an Itaewon club on June 25.

“I deny all charges,” said Lee upon exiting the station. “I didn’t (sexually harass the women). And I testified with all honesty, so the police will make the final judgement.” 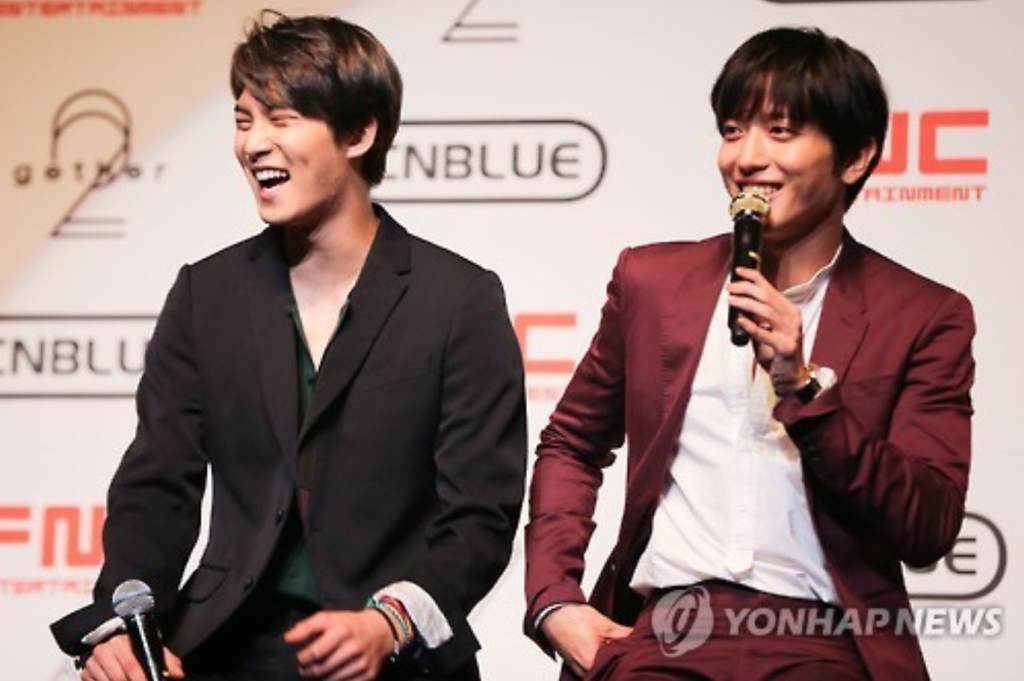 Jung Yong-hwa and Lee Jong-hyun received separate verdicts from the prosecutor. Jung was found not guilty of illicit stock trading, while Lee was fined 20 million won ($17,430).

“Jung Yong-hwa bought stocks in early July last year when we didn’t make any progress with scouting a well-known celebrity (Yoo Jae-suk, who is a top South Korean comedian),” said FNC Entertainment. “After we made the announcement on July 16 to scout (Yoo Jae-suk), our stock price rose, and the singer’s mother did sell a portion of the company’s stocks. But she had no intention whatsoever to make illicit trading profit using insider information.”

As to Lee Jong-hyun, the company said, “On the early morning of July 16, Lee received information that Yoo Jae-suk was being scouted from an acquaintance, and purchased the stocks that morning.” However, the company added that the purchase “was the result of Lee’s ignorance of stock trading laws, and when he found out that his action was illegal, he deliberately held on to the stocks.”

“It’s about morals and self-management,” said an unnamed director of a record label who has been active in the industry for 17 years. “K-pop stars, who have significant influence not just domestically but also internationally, and a top 90s star all suffering from these scandals is disappointing. I fear for the reputation of K-pop artists in general, after these widely-publicized incidents.”