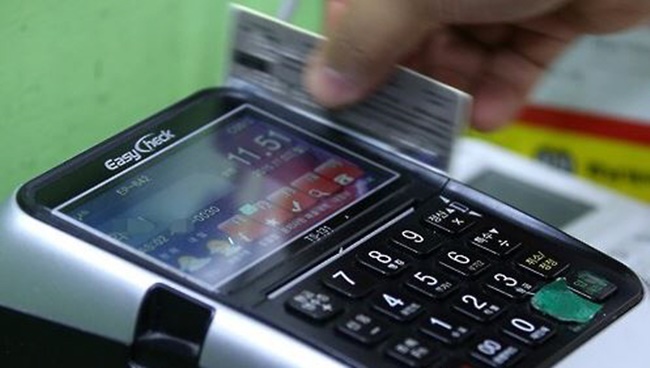 According to the report released by the BOK on Tuesday, spending on debit cards jumped 10 percent on-year last year, reaching 466 billion won (US$435.9 million). (Image: Yonhap)

SEOUL, March 8 (Korea Bizwire) — South Korean consumers are increasingly pulling out their debit cards to make purchases, thanks in part to the income tax deductions their use engenders and attractive loyalty programs, new data from the Bank of Korea (BOK) has revealed.

According to the report released by the BOK on Tuesday, spending on debit cards jumped 10 percent on-year last year, reaching 466 billion won (US$435.9 million).

Individuals filing year-end tax returns can receive income tax credits for up to 30 percent of their spending, twice the rate for spending on credit cards.

Without having to pay an annual membership fee, debit card users still enjoy a wide range of benefits just like credit card holders, including discounts at cinema chains and theme parks, cash back rewards, and a mileage system, all of which contribute to the nation’s growing debit card spending.

When it comes to the number of cards issued, check cards accounted for nearly 21 percent last year, up 0.8 percent from the previous year.

As of last year, over 120 million check cards were issued, surpassing the figure for credit cards which stood at around 99 million.

Though an increasing number of credit card and debit card transactions are being made, many are for payments at convenience stores, super markets and public transport, bringing the average transaction value down.

In the meantime, daily credit card spending hit a record-breaking 1.76 trillion won (US$1.65 billion), up 4.9 percent.