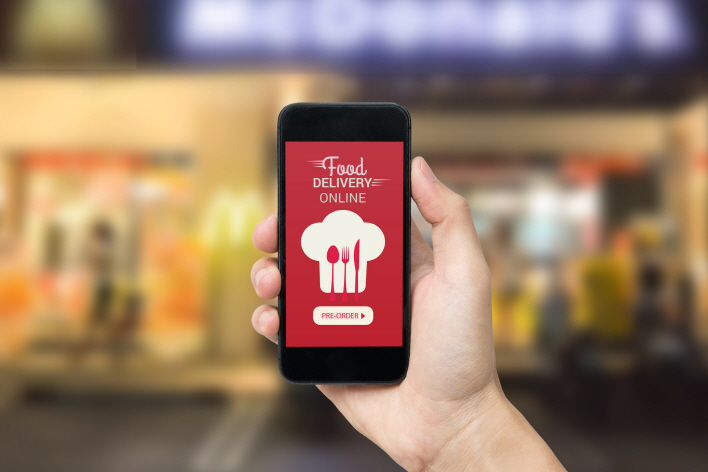 As technological advances continue to provide services of convenience to consumers, the delivery service app market is expected to more than triple to 10 trillion won in just a few years. (image: Korea Bizwire)

SEOUL, Oct. 2 (Korea Bizwire) — The proliferation of delivery service apps due to the rise of single-person households and the ubiquity of smartphones among the mass public combined with the monopolistic structure that these delivery services have created has resulted in an onerous burden for restaurant owners.

Addressing this very issue, the Korea Franchise Association released a report that pointed out the current problems of delivery apps at a public discussion held at the National Assembly yesterday.

According to the association, delivery apps account for 3 trillion won of the delivery food market, which represents 25 percent to 30 percent of the entire market estimated to be around 15 trillion won.

As technological advances continue to provide services of convenience to consumers, the delivery service app market is expected to more than triple to 10 trillion won in just a few years.

The report, however, stated that due to the rapid growth of delivery apps, many restaurant owners were forced into subscribing to their services.

“The high commissions and advertising fees are becoming a significant burden for restaurants,” said the report.

The association also pointed out the fact that the lack of regulations to oversee the three delivery apps that currently dominate the market is resulting in financial hardship for many franchise restaurant businesses.

The most problematic factor in the current structure is the high advertising fees.

Delivery giant Baemin states that it does not charge commission fees at all, but the report noted that instead, eateries were forced to pay 80,000 won for basic advertising with an additional 3.3 percent in external fees.

In order for restaurants to place an ad to potentially attract more customers on Baemin’s platform, they must go through a secret auction which is said to be very competitive.

Other delivery apps like Yogiyo and Baedaltong have similar policies in place.