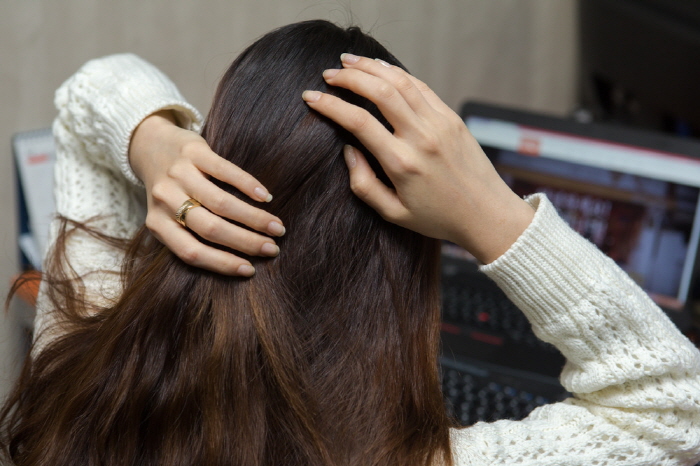 The proportion of women who had experienced hair loss in South Korea stood at 45 percent as of 2017, slightly lower than that of men. (image: Morak Oriental Clinic)

SEOUL, Aug. 9 (Korea Bizwire) — The hair loss market is seeing a marked shift in demographics, as the core purchasing group is switching from male to female and middle-aged to younger generations.

According to an analysis of big data on hair loss management products from January to July by online shopping site Gmarket, female customers accounted for 60 percent of the purchases.

This is a dramatic reversal from the 56 percent share of men’s hair loss care products that was recorded in 2014.

According to the Health Insurance Review and Assessment Service, the proportion of women who had experienced hair loss in South Korea stood at 45 percent as of 2017, slightly lower than that of men.

However, the lower share is due to the fact that the level of hair loss among women is relatively weaker than that of men, and women manage their hair loss problem themselves before visiting specialized hospitals.

People in their 30s and 40s, who are active in society, are believed to be the most interested in managing hair loss.

What is noteworthy is that the proportion of purchases made by those in their 20s and 30s is growing.

The percentage of purchases by 20- and 30-somethings was estimated to be 46 percent, up 7 percentage points from the same period last year.

Furthermore, young Koreans appear to be actively managing their hair loss by investing money and time before the problem becomes worse, Gmarket explained.