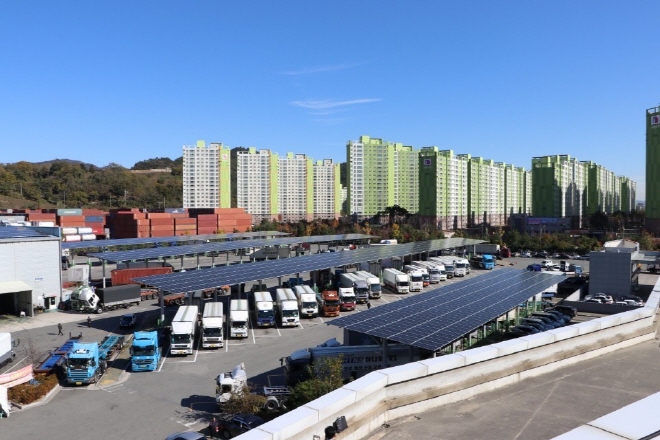 SK Energy said its truck service station in Changwon, 400 kilometers southeast of Seoul, will produce electricity from solar panels on parking lots by the end of this year.

The facility will have an annual capacity of 1.4 gigawatts of electricity, according to the company.

SK Energy has been installing solar panels at its gas stations and service stops since July under a memorandum of understanding with the Korea Energy Agency to reduce greenhouse gas emissions.