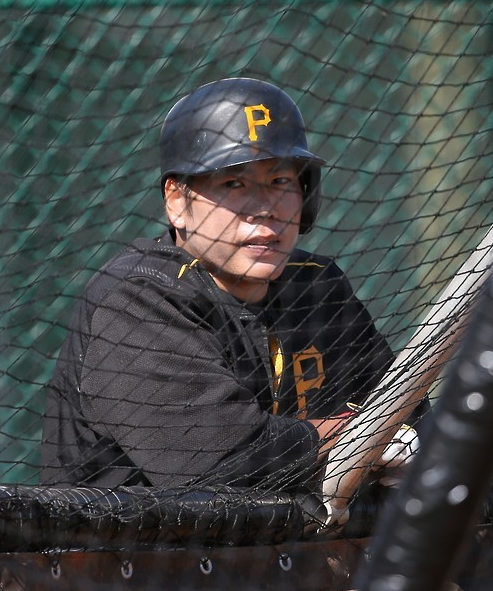 Kang hasn’t reported to the Pirates’ spring training in Florida and hasn’t faced live pitching while working out on his own in South Korea. On Thursday in Florida, Pirates’ general manager Neal Huntington said it was “unrealistic” to expect Kang to be on the club’s Opening Day roster on April 3. (Image: Yonhap)

The source confirmed a report on Friday by the local network KBS that the U.S. Embassy in Seoul recently rejected Kang’s application for a visa to enter the country. The news came exactly three weeks after Kang received an eight-month sentence, which was suspended for two years, for leaving the scene of a DUI accident in Seoul last December. It was his third DUI arrest in South Korea and his driver’s license has been revoked.

The suspended jail term means Kang could avoid actual prison time if he stays out of trouble over the next two years. Kang is appealing the sentence but no date has been set for the hearing.

The KBS report added that Kang’s application for Electronic System for Travel Authorization (ESTA), a travel document under the South Korea-U.S. visa waiver program, was also rejected. ESTA holders can stay in the U.S. for up to 90 days without a visa.

The source, however, denied the report’s claim that Kang is suspected of having driven under the influence of alcohol “in a third country” other than South Korea and the U.S.

Kang hasn’t reported to the Pirates’ spring training in Florida and hasn’t faced live pitching while working out on his own in South Korea. On Thursday in Florida, Pirates’ general manager Neal Huntington said it was “unrealistic” to expect Kang to be on the club’s Opening Day roster on April 3.

“It’s nothing to take away from his work,” Huntington was quoted as saying on MLB.com. “It’s the speed of the game, facing live pitching, facing live balls off the bat, baseball activity versus workout activity. We remain optimistic we’re going to get him here hopefully sooner than later.”

Frank Coonelly, president of the Pirates, released a statement saying the club remains in touch with Kang’s camp to resolve the issue. 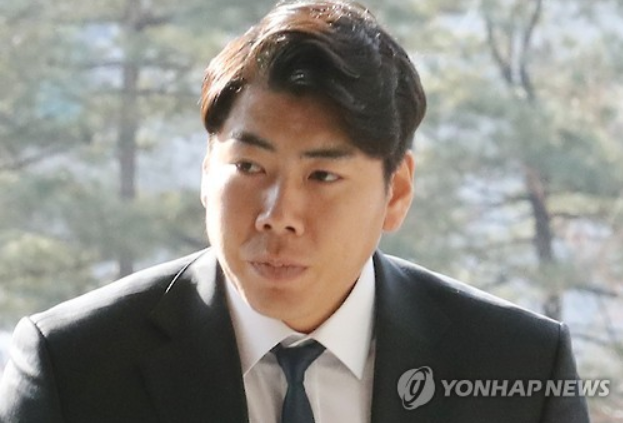 In this file photo taken on March 3, 2017, Pittsburgh Pirates infielder Kang Jung-ho arrives at the Seoul Central District Court to attend a verdict hearing on his DUI charges. (Yonhap)

On the claim that Kang is suspected of drunk driving in another country, Coonelly said, “We have no indication that Jung-ho has had a driving incident in a country other than Korea.”

Manager Clint Hurdle fell short of speculating on Kang’s chances of playing for the club in 2017.

“I don’t know those chances,” Hurdle said in an interview with MLB Network Radio. “Your information is about the same as what I’ve got. We are staying in contact with Jung-ho and in contract with his interpreter. We’re focusing on the men we have here. That’s the best I can tell you. We’d love to have him back, (but) we don’t have him back.”

The Pirates have already placed Kang on the restricted list, which is for players who are unable to play for non-injury reasons, such as arrests or family matters. Kang will not be paid or earn major league service time while on this list.

Kang enjoyed an All-Star career as a hard-hitting shortstop for the Nexen Heroes in the Korea Baseball Organization, before joining the Pirates for the 2015 season. He finished third in the National League Rookie of the Year voting that year, after batting .287 with 15 home runs and 58 RBIs in 126 games. Last year, the South Korean launched 21 homers with 62 RBIs, along with a .255 batting average in 103 games.