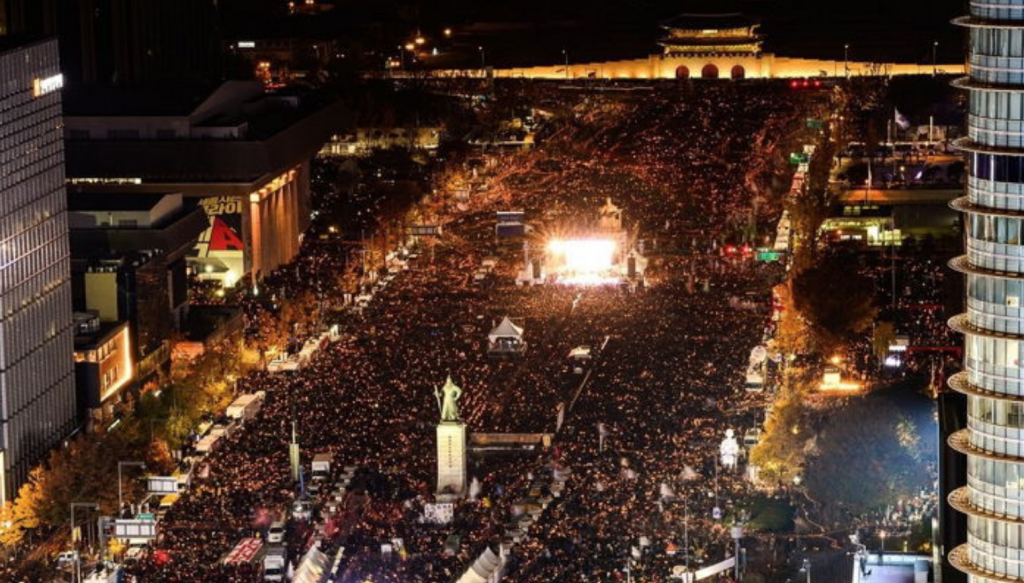 SEOUL, June 5 (Korea Bizwire) – The year 2016 was marked by the largest numbers of both protests and protest participants in a decade – largely due to the national outcry against now impeached former president, Park Geun-hye – but it certainly wasn’t the most violent.

According to 2006 – 2016 data from the Korean National Police Agency, a total of 4,388,582 people took part in public protests last year, which was more than double the total in 2015, and the largest recorded in the past ten years. 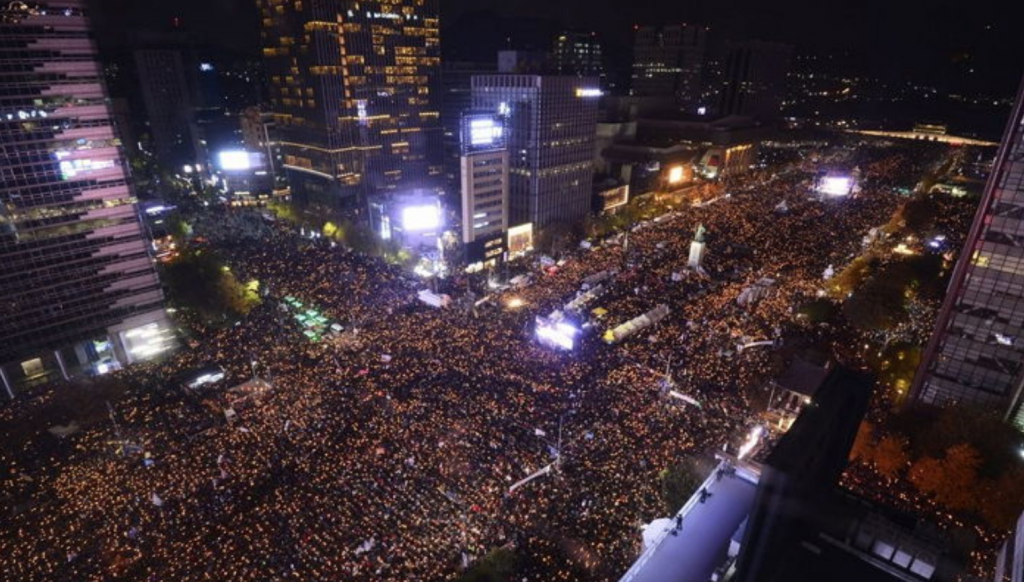 Civic organizations suggest that the latest numbers are an indication of peaceful rallies and protests taking root in South Korea, and say that it’s time for police to treat democratic protests with a greater deal of respect.

South Korean law enforcement agencies have been criticized for their aggressive approach towards protesters. In November 2015, 68-year-old farmer Baek Nam-gi was struck by a police water cannon during an antigovernment protest. Baek remained in a coma for almost a year until he died in September 2016.

“South Koreans are trying to keep their protests peaceful and within legal boundaries,” said Ahn Jin-geol, secretary-general of the People’s Solidarity for Participatory Democracy. “The police should also change their attitude to not condemn all protests, which are arranged for public purposes on behalf of public organizations.”

Meanwhile, Korean police agencies are seeking to bring changes to protest guidelines following the Moon Jae-in administration’s push to improve human rights, including limiting the use of water cannons and walls of police buses.