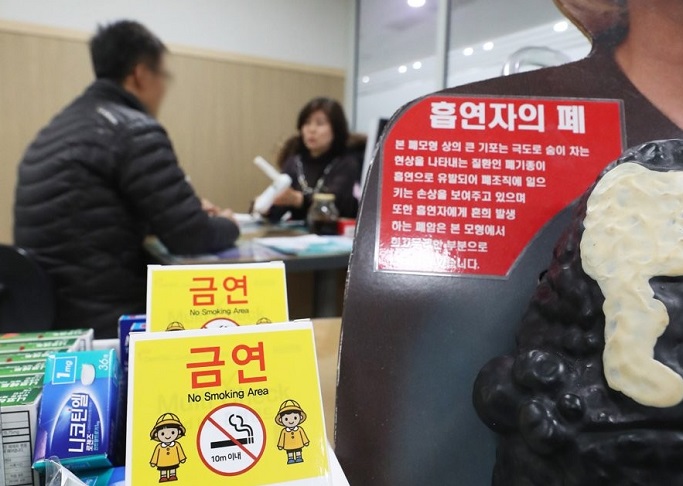 A smoker (L) consults with an official over stopping smoking at a community health center in Suwon, south of Seoul, on Jan. 2, 2020. (Yonhap)

SEOUL, Dec. 17 (Korea Bizwire) — Diabetics who smoke exercise their muscles less frequently than those who have decided to quit smoking.

A research team from Hallym University Medical Center announced the results of a survey of 411 diabetes patients who responded to separate national health and nutritional surveys conducted between 2016 and 2018.

The research team searched for factors that correlate with smoking, showing that those engaging in exercise less than once per week were 2.8 times more likely to smoke than those who exercised more than twice per week.

“It is common knowledge that people gain weight when they quit smoking, and physical training can offer better incentives not to smoke,” said the research team.

Those experiencing more stress, treating diabetes without medicine, and suffering from diabetes over a shorter period of time struggled more to quit smoking.

Those who had been diagnosed with cancer in the past, in contrast, were 0.3 times more likely than those who had not to successfully quit smoking.