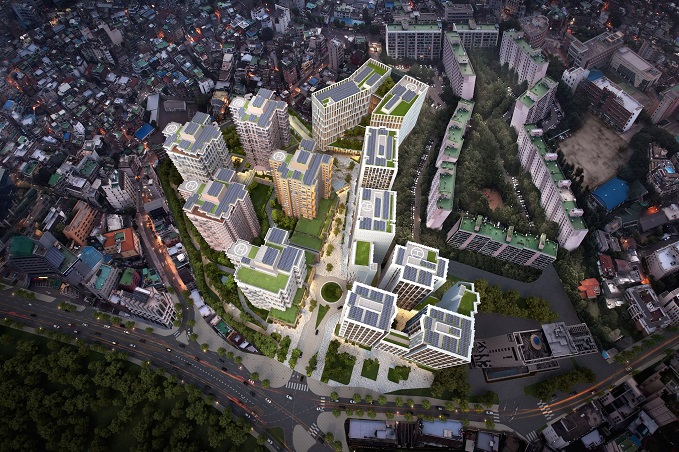 This bird’s-eye view image provided by the Yongsan district office shows a residential area to be constructed on the former United Nations Command site in Seoul’s Yongsan district.

SEOUL, Aug. 16 (Korea Bizwire) — The district office of Yongsan said Tuesday it has approved a redevelopment plan to turn the former site of the United Nations Command (UNC) into a high-rise residential area equipped with a hotel and commercial facilities.

Construction work will begin in November for the redevelopment spanning 51,753 square meters of land, located just east of the U.S. Forces Korea (USFK)’s former Yongsan Garrison site, which links Yongsan Park under construction to the commercial area of the Itaewon neighborhood.

The plan is part of broader efforts to redevelop the former garrison site in central Seoul after the USFK headquarters relocated to Camp Humphreys in Pyeongtaek, 70 kilometers south of Seoul, in 2018 and the land was returned to the South Korean government.

The former UNC site is one of the three sections of the former USFK sites sold to private developers.

The district office said the area approved for redevelopment, when completed, will house 10 buildings of 15 to 20 stories to be used as housing units, offices, a hotel and other commercial spaces.