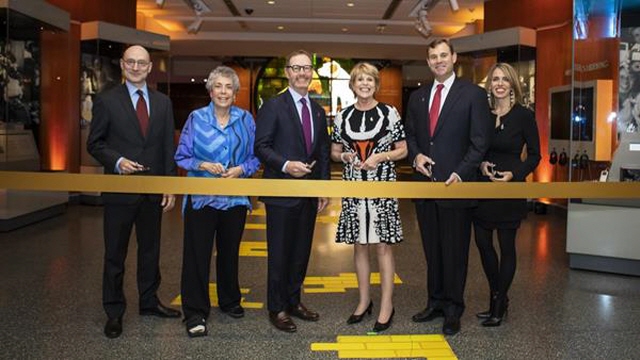 The Ray Dolby Gateway to American Culture, located on the third floor of the National Museum of American History at the Smithsonian, is a precursor to a larger installation called “Entertaining America” that is slated to debut in 2020.

About Dolby Laboratories
Dolby Laboratories (NYSE:DLB) is based in San Francisco with offices in over 20 countries around the globe. Dolby transforms the science of sight and sound into spectacular experiences. Through innovative research and engineering, we create breakthrough experiences for billions of people worldwide through a collaborative ecosystem spanning artists, businesses, and consumers. The experiences people have – in Dolby Vision, Dolby Atmos, Dolby Cinema, Dolby Voice, and Dolby Audio – revolutionize entertainment and communications at the cinema, on the go, in the home, and at work.