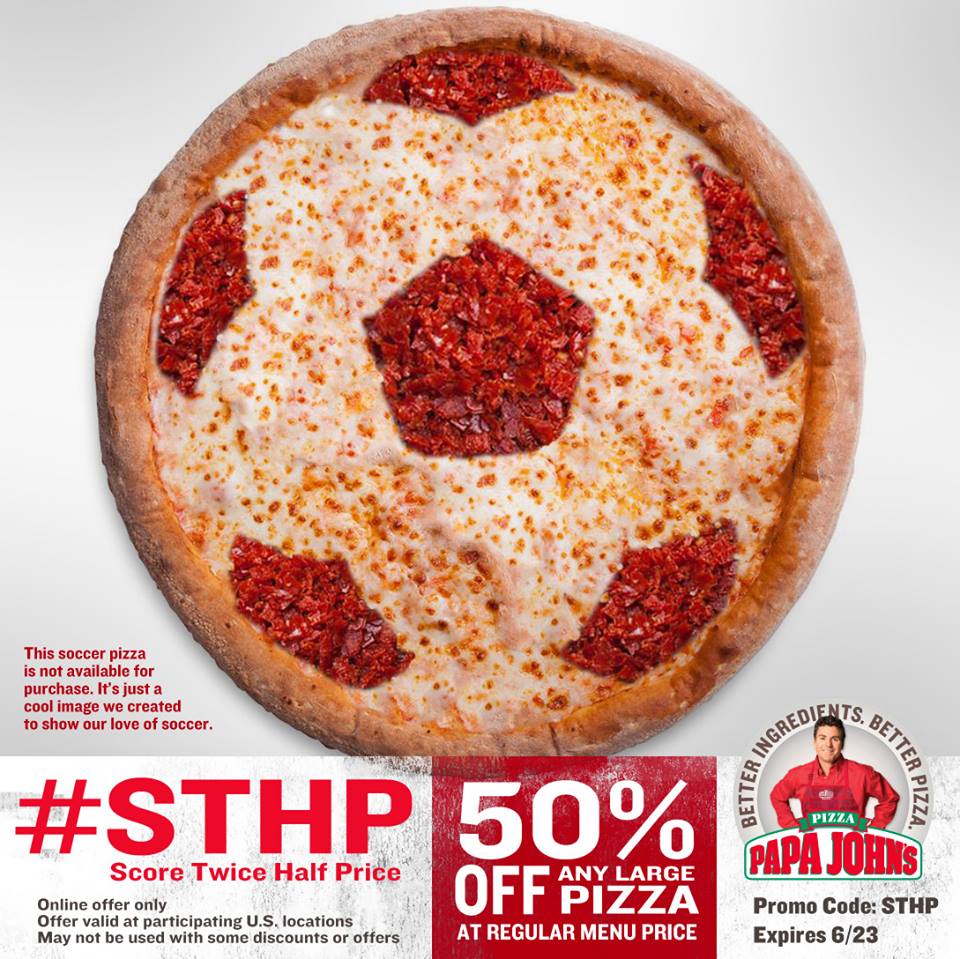 LOUISVILLE, Ky. June 24, 2014 (Korea Bizwire)–When the U.S. soccer team takes on Germany Thursday, they will be  playing for much more than the chance to advance to the knock-out stage  of the tournament, they will be playing for the chance for half-price  pizza for the third straight match. If the U.S. team scores two goals  Thursday, like its previous two contests, Papa John’s will offer 50% off  all large pizzas on Friday, June 27, with its “Score Twice Half Price”  promotion. Customers can redeem the offer online only at www.papajohns.com  by using the promo code: STHP.

If the U.S. does score two goals Thursday, pizza fans can log on to  papajohns.com on Friday and get 50% off any large pizza. Papa John’s  uses only the finest quality ingredients on all its pizzas including  fresh, never frozen, hand-tossed dough, fresh packed sauce made from  vine-ripened tomatoes that go from the vine to the can in approximately  six hours, cheese crafted from 100% mozzarella, and 100% real meat that  contain no fillers.

Headquartered in Louisville, Kentucky, Papa John’s International, Inc.  (PZZA) is the world’s third largest pizza delivery company. For  13 of the past 15 years, consumers have rated Papa John’s No. 1 in  customer satisfaction among all national pizza chains in the American  Customer Satisfaction Index (ACSI). Papa John’s is the Official Pizza  Sponsor of the National Football League and Super Bowl XLVIII. For more  information about the company or to order pizza online, visit Papa  John’s at www.papajohns.com,  visit us on Facebook at www.facebook.com/PapaJohns,  or on Twitter at http://twitter.com/PapaJohns.