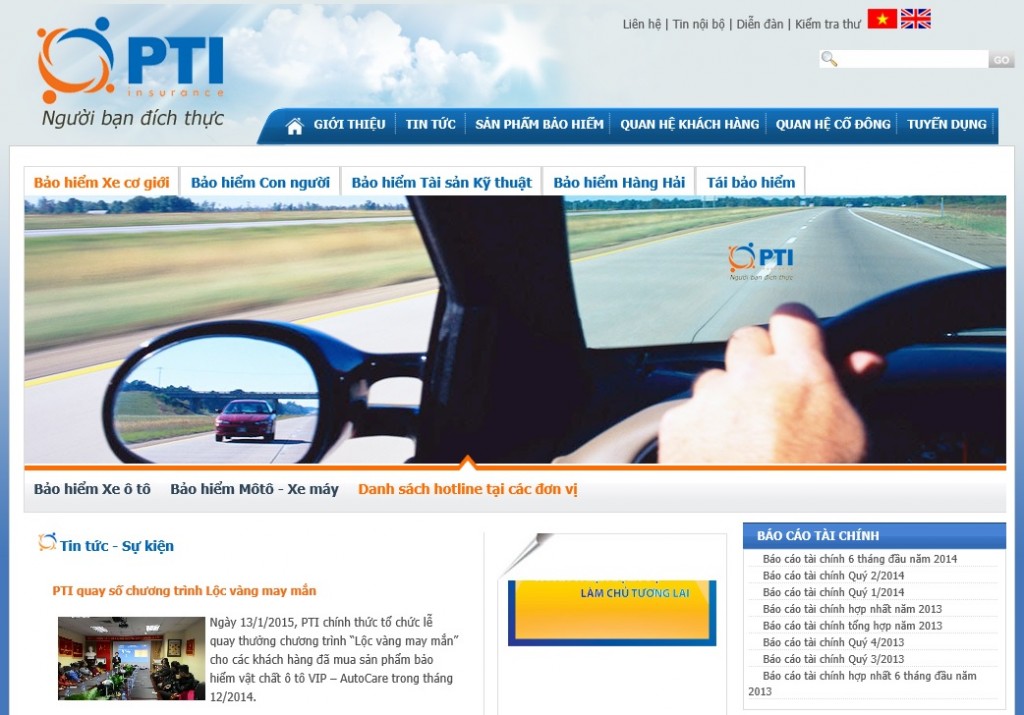 As a subsidiary founded in 1998 by Vietnam Post Corporation, PTI is known to be equipped with a nationwide sales network. (image: PTI homepage)

Dongbu announced on January 28 that it would sign a contract to purchase the share of the fifth largest Vietnamese property insurance player in the near future, and finish its acquisition within the first half of this year.

As a subsidiary founded in 1998 by Vietnam Post Corporation, PTI is known to be equipped with a nationwide sales network. As of 2013, it took 7.2 percent of market share among 29 players, and it is the third largest automobile insurer in Vietnam.

Kim Jeong-nam, CEO of Dongbu Insurance, said, “By acquiring PTI, we can establish a business foundation in Vietnam’s insurance market with high growth potential. Based on the acquisition, we will expand our insurance business to the Indo-China subcontinent.”