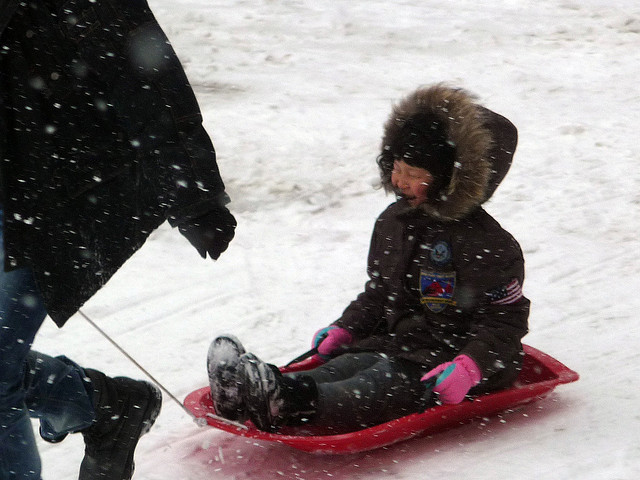 The opening hours are subject to change due to weather conditions and the park maintenance crews will clean up the snow in the park for one hour between noon and 1 pm everyday. (image:Jordan and Marisa Magnuson/flickr)

SEOUL, Dec. 19 (Korea Bizwire) – Instead of driving hours to get to a ski resort to enjoy snow sledding, Seoulites can do the same in a fraction of the time at a nearby park. The Han River Project Headquarters of the Seoul metropolitan city government said on December 18 that it would open snow sled slopes in Dooksum Riverside Park in the east of Seoul for about two months between December 18 and February 15 next year. The park will be open seven days a week between 9 am and 5 pm.

The opening hours are subject to change due to weather conditions and the park maintenance crews will clean up the snow in the park for one hour between noon and 1 pm everyday. Admission is 6,000 won for snow sledding but additional charges are assessed for other activities. Veterans, the handicapped and his family, and the elderly older than 65 years of age will get a 50 percent discount. Anyone younger than 3 years will be admitted free upon submission of proof of age.

Those purchasing free pass tickets can enjoy four rides including the trampoline, bumper car, mini Viking, and electric car, in addition to snow sledding. For other activities including smelt catching, jumping clay, and arrow making class, separate admissions of 4,000 won each will be charged.

The riverside park made sure the citizens’ safety in addition to fun. When designing the snow sled slope, the park enlisted structural architects for an optimal degree of the slopes and other safety features. The slope is surrounded by 1.5-meter safety fences and mats, with four safety guards for each slope and a dispensary staffed with nurses.