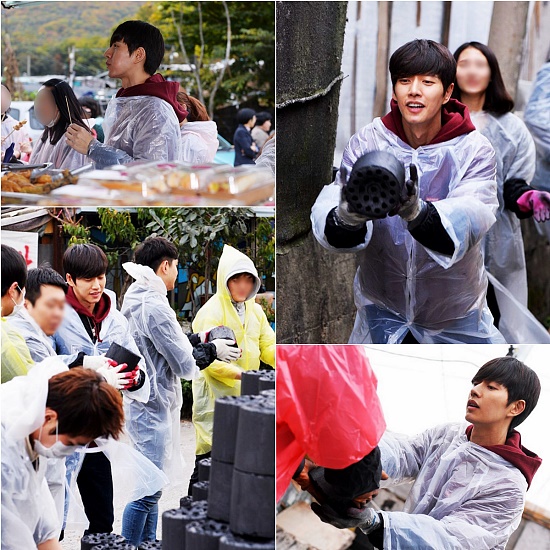 In March this year, Park dropped the charges on condition that the accused do volunteer work with him. (image: WM Company)

SEOUL, Nov. 6 (Korea Bizwire) — Park Hae-jin, a Korean actor famous for his role in TV dramas such as East of Eden, recently met with young perpetrators who spread bad rumors about him and his family on the Internet in a village where he delivered charcoal briquettes for low-income families in south Seoul.

On November 5, the talent management agency to which Mr. Park belongs said in a statement, “Park Hae-jin did his annual volunteer work on October 31 by carrying 1,600 briquettes to people in the Guryong Village in Gangnam jointly with 30 fellow volunteers and fans, including those whom he sued for libel early this year.”

In March this year, Park dropped the charges on condition that the accused do volunteer work with him. In addition to the briquettes, he gave the village residents daily necessities and gift certificates to help them prepare for the cold winter season.

While performing the volunteer work, Park broke the ice by approaching to the youngsters and offering to shake hands. It was reported Park has continued visiting the village for eight years in a row for charity work. The latest conciliatory gesture is likely to be imitated by other celebrities who are constantly subject to rumors and defamation.