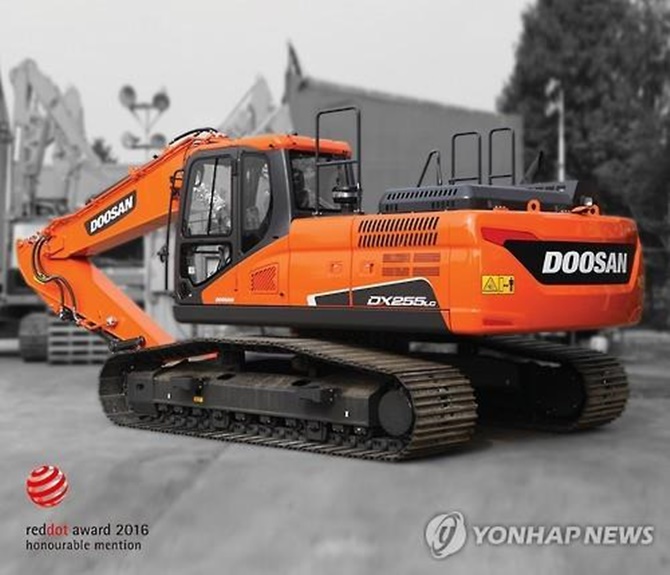 Doosan Bobcat is a leading player in the small construction machinery sector in the United States, and Doosan Infracore owns some 59 percent of the company. (Image: Yonhap)

Over the past five sessions, foreign investors bought some 696,000 Doosan Infracore stocks, with institutional investors purchasing some 446,000 stocks.

Doosan Infracore is set to benefit from the Trump administration’s plan to spend massive amounts of money on infrastructure.

Doosan Infracore’s bottom line is also in part helped by its affiliate Doosan Bobcat, which made its market debut here last year.

Doosan Bobcat is a leading player in the small construction machinery sector in the United States, and Doosan Infracore owns some 59 percent of the company.

Last year, Doosan Infracore swung back into the black from a year earlier on improved business conditions and reduced costs in the wake of tough restructuring.

Doosan Infracore earlier expected to log an operating income of 505 billion won on sales of 6.1 trillion won this year, which mark a 2.8 percent and a 5.7 percent hike, respectively, from last year.’