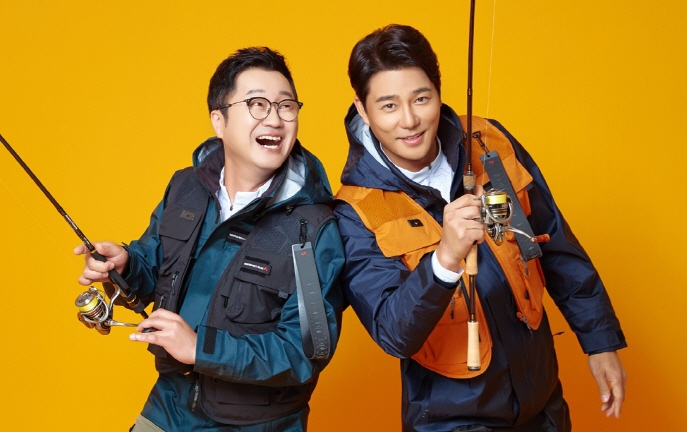 South Korean actor Lee Tae-gon (R) and comedian Ji Sang-ryeol (L), well-known for their passion for fishing, were recruited by K2 as models to represent the new line-up. (image: K2)

SEOUL, Apr. 16 (Korea Bizwire) – Outdoor gear and clothing stores in South Korea, stricken with a prolonged downturn in demand, are tapping into fishing gear to win back customers, as more and more people are intrigued by fishing thanks to a Korean television program about fishermen.

Millet, K2, Columbia and other outdoor brands are scrambling to develop new gear and clothing for fishing enthusiasts, aiming for release in the spring.

Millet, for the first time in 98 years, introduced a new lineup of apparel specially designed for fans of fishing. The French company released jackets, shirts, and pants with anti-humidity and highly elastic features suitable for fishing.

Millet’s new Cache Vest comes with multiple number of pockets in various shapes and sizes, with detachable wool patches on the chest that can be used to hang fishing floats.

Made of nylon, the vest rests easily on the body thanks to its lightweight features, with the back and the sides composed of mesh for smooth ventilation.

K2 also released a lineup of fishing gear and clothing that includes waterproof jackets, vests, pants, as well as caps, gloves, and sling-bags.

South Korean actor Lee Tae-gon and comedian Ji Sang-ryeol, well-known for their passion for fishing, were recruited as models to represent the new line-up.

Marmot released a new fishing vest that reflects the ‘Newtro’ style, a word that combines the term ‘new’ and ‘retro’.

The new vest comes with multiple pockets on the chest to increase its practical features, while boasting retro-style looks.

The vest, made out of fabric with strong waterproof and ventilation features, will guarantee a satisfactory outdoor experience, Marmot said.

Distribution companies are also speeding up their processes to showcase the new fishing gear and clothing.

Lotte Department Store opened the Urban Fishermen Store that specializes in fishing gear. The store based its interior design on “The Fishermen and the City,” a famous South Korean variety show.

“More and more consumers are diversifying in terms of what kind of outdoor activities they want to engage in,” said Millet. “In response, we will be coming up with variety of new fishing goods.”