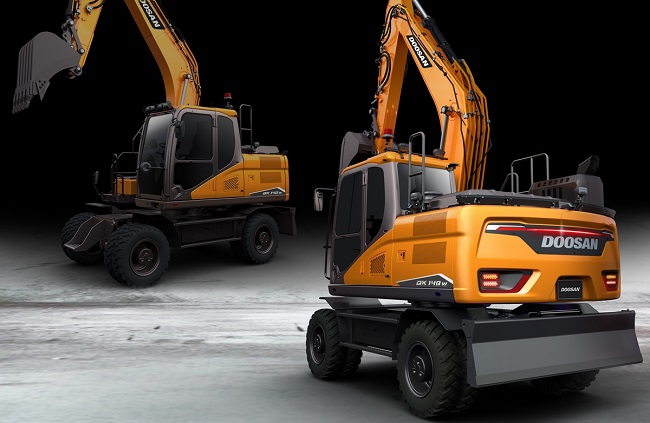 This photo, provided by Doosan Infracore Co. on Jan. 18, 2021, shows excavators to be sold in the South Korean construction equipment market in 2021.

“Despite the coronavirus pandemic, demand for high-end excavators increased last year here on the back of enhanced safety regulations and increased use of excavators in construction sites,” a company official said over the phone on condition of anonymity.

Doosan Infracore said it sold over a total of 4,000 units of construction equipment, including excavators and wheel loaders, last year in the local market, the highest annual sales in 10 years since 2011.

Doosan Infracore sold 21,800 excavators in 2010 in China, marking its largest annual sales since 2005, when the company made inroads into the Chinese market.

Doosan Infracore is on course to be owned by global shipbuilding giant Hyundai Heavy Industries Holdings Co. (HHIH), which has the No. 2 local construction equipment manufacturer Hyundai Construction Equipment under its wing.

Doosan Infracore also said it has launched 13 kinds of excavators for this year in the local market.