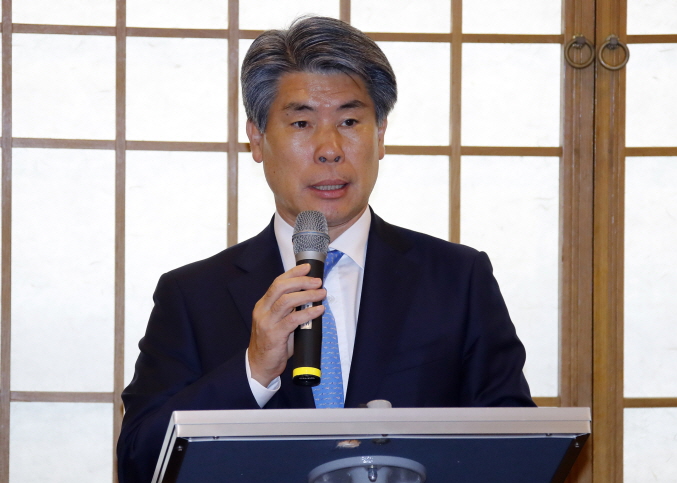 “I think we cannot rule out the possibility of the downside risks being drawn out as external uncertainties have increased further than what we expected,” Yoon Jong-won, senior secretary for economic affairs, told reporters.

“The global economy is on a downward path, and the trade dispute (between the U.S. and China) is escalating,” he said.

His remarks came amid rising concerns that Asia’s fourth-largest economy may lose upward momentum amid falling exports triggered by the ongoing American-Sino trade war and a drop in business spending.

The decline in the country’s exports in May exceeded expectations, extending their slump for the sixth consecutive month, as the trade war between the country’s top two trading partners and a drop in chip prices continued to weigh on outbound shipments.

The economy unexpectedly contracted 0.4 percent in the first quarter of the year from three months earlier, marking the worst performance in a decade, due to a sharper-than-expected dip in exports and facility investment.

In April, the Bank of Korea trimmed its growth outlook for the year to 2.5 percent from 2.6 percent but expected the economy will gather pace during the second half of the year, which many claim is too optimistic.

Against this backdrop, the government will focus on invigorating economic vitality with aggressive policy responses, Yoon said.

The presidential secretary called on the National Assembly to quickly approve the 6.7 trillion-won (US$5.8 billion) budget bill, which will help improve the economy, as well as create more jobs.

The bill, submitted to the parliament in late April, is still pending due to political strife over some contentious issues.

The economy may further slide some or rebound depending on external conditions, but it seems to be bottoming out, he said.