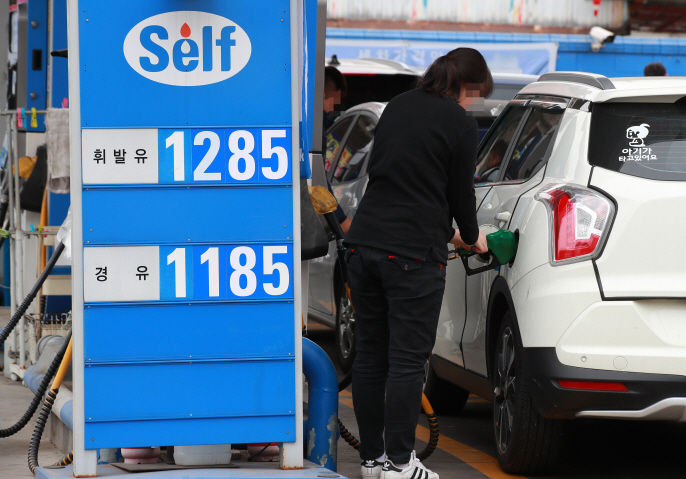 In November, the government said it would temporarily cut fuel taxes by 15 percent for six months to reduce the burden on consumers. (image: Yonhap)

According to the Korea Petroleum Association, the figure marks the lowest since 2006, when the comparable figure was 1,153 liters of gasoline.

The owners of gasoline-burning autos spent some 1.83 million won (US$1,620) on average last year to run their vehicles and an average 153,000 won per month.

The average price of gasoline at the pumps across the country stood at 1,581.37 won last year, up 6 percent from a year earlier, the latest findings showed.

The average price of Dubai crude, South Korea’s benchmark, was $68.66 last year, up 31 percent from an average of $53.18 in the previous year, according to the central bank.

In November, the government said it would temporarily cut fuel taxes by 15 percent for six months to reduce the burden on consumers.