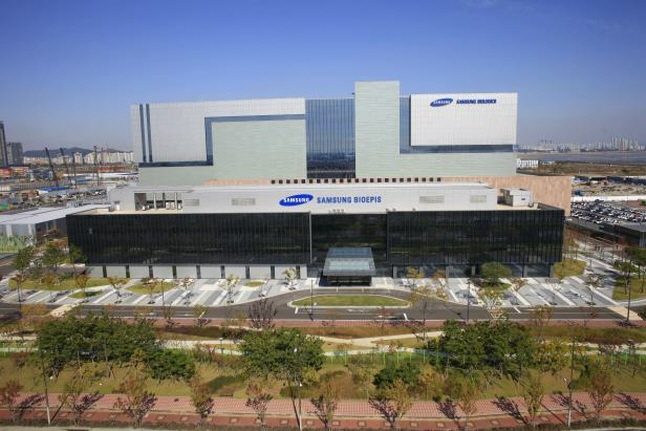 The decisions, made at annual shareholder meetings, are seen as reflecting their efforts to streamline and expand infrastructure for research and development (R&D), as well as production.

Biopharmaceutical firm Samsung Bioepis Co., a unit of Samsung Group, will spend 180.4 billion won (US$159 million) to build a new R&D center in Incheon, west of Seoul, by the end of 2020.

This amounts to 36 percent of the company’s equity capital, and the investment is designed to boost its competitive edge.

Samsung Bioepis, which was set up in 2012 in a joint venture between Samsung Biologics and Biogen Inc., mostly manufactures biosimilars.

Daewoong Pharmaceutical Co. has decided to invest 70.5 billion won to build a connected collaboration and development (C&D) center in western Seoul for completion in July 2023.

“The envisioned C&D center is designed to carry out an expansive study of life science, lay the foundation for an R&D pipeline and conduct open collaboration with outside labs,” a Daewoong Pharmaceutical official said.

Daewoong Pharmaceutical has expressed its intentions to cooperate actively with domestic and foreign labs and bio ventures as part of efforts to boost its R&D competitiveness.

Biopharmaceutical giant Celltrion Inc. will spend about 58 billion won to build a facility at its plant in Cheongju, 137 kilometers southeast of Seoul, for production of Remsima SC, its autoimmune disease therapeutic antibody biosimilar, ahead of the drug’s commercialization.

In early January this year, Celltrion said it had registered patents for Remsima SC in over 90 countries. Remsima SC is the subcutaneous version of Remsima, which references Janssen Biotech Inc.’s Remicade.

Reyon Pharmaceutical Co. also has decided to invest 160 billion won in the construction of a factory for synthetic drugs for completion in March 2022.