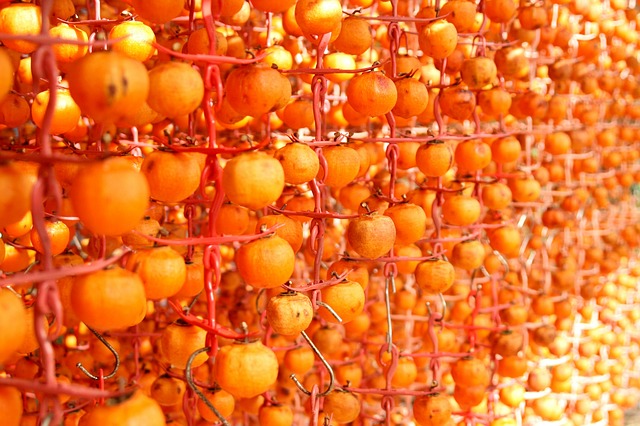 Persimmons are being dried outside. The sales of dried persimmons showed an unprecedented growth, soaring to 50 percent. (image courtesy of Pixabay(Papyrus).

According to Shinsegae department store, sales of dried gifts have greatly outsold sales of ordinary gifts, as more and more consumers prefer food items that can be kept for a longer period.

Sales of dried and matured meat as gifts grew 56.8 percent compared to last year, while the total sales of gift sets consisting of meat increased only 19.6 percent.

Sales of dried persimmons showed an unprecedented growth, soaring 50 percent, and gift sets consisting of dried yams, which made a debut last year, also showed a 78 percent increase in sales.

Since dried food has a lower risk of spoiling during delivery compared to fresh food, and can be stored for a longer period of time, officials saythat the demand for dried food as gifts grew.

Furthermore, there has also been an increase in the number of consumers that send gifts that suit their tastes other than the traditional Hanwoo and dried yellowtail fish gift sets. The Kim Young-ran law, which put a price limit on gifts, may also be a factor in the changing purchasing patterns for gifts.