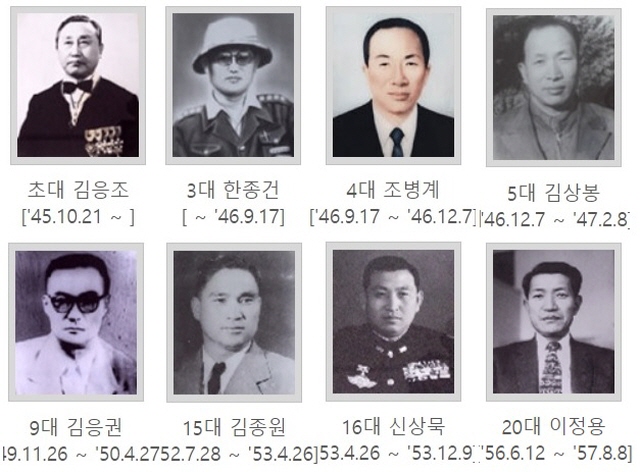 The former commissioners in question were known for their pro-Japanese activities during the period of Japanese colonial rule. (image: Jeonbuk Provincial Police Agency)

The former commissioners in question were known for their pro-Japanese activities during the period of Japanese colonial rule, such as working for Japanese soldiers or police offices and acting against the independence movement.

The Center for Historical Truth and Justice constantly called for and demanded the police station to take down the photos of pro-Japanese Koreans in the promotion center.

The police agreed with the intention of removing traces of pro-Japanese collaborators, explaining that it had recently removed their photos from the bulletin board of “History: Police Commissioners” inside the PR center and is seeking ways to utilize the space.

“Although it is late, we are fortunate to see a change in the police,” said Kim Jae-ho, head of the North Jeolla branch of the Center for Historical Truth and Justice.

“There should be reflection and introspection on the police’s history of suppressing pro-democracy movements as well as on their pro-Japanese activities.”