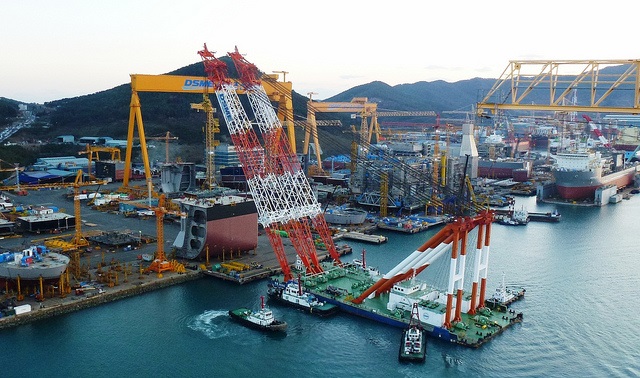 The ships will be built in its OkpoShipyard in Geoje Island and delivered by the end of 2017 and early 2018, respectively. (image:Maasmondmaritime/flickr) 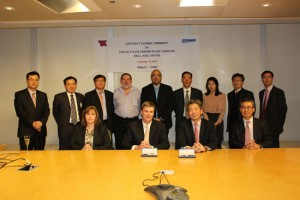 The company’s president Koh Jae-ho signed on the 17th an agreement with BW Group of Singapore to build two 173,400-square-meter LNG vessels. The ships will be built in its OkpoShipyard in Geoje Island and delivered by the end of 2017 and early 2018, respectively.

What’s notable about the ships is that they will be mounted with an engine developed by MAN Diesel & Turbo of Germany called the MAN electronic gas-injection (ME-GI) engine and the partial re-liquefaction system developed in house. The proprietary system can save fuel cost significantly by using the evaporated gas as refrigerant.

This is the second time for Daewoo Shipbuilding to win an ME-GI LNG vessel after the first one in late 2012. The company said the fact that Singapore’s BW Group picked Daewoo reflects a high degree of trust in the company in ME-GI shipbuilding capabilities.

Mr. Koh of DSME commented, “BW Group has been one of our best customers for almost 30 years since 1986 by placing 50 ship orders including super tankers and gas carriers. With the latest deal, I hope the two companies could strengthen the business partnership further.”