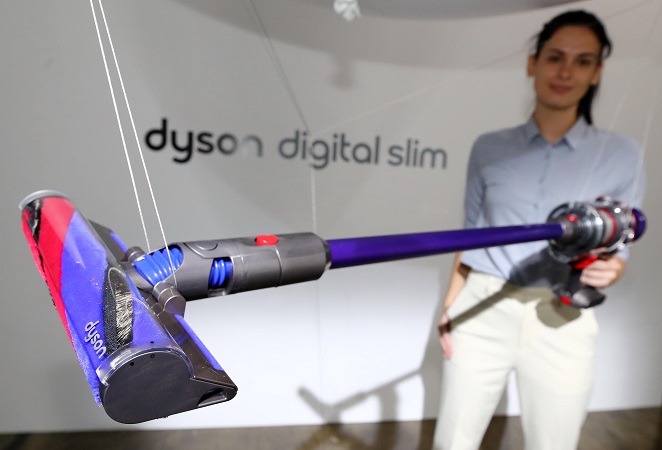 A model poses for a photo with Dyson’s Digital Slims vacuum cleaner that only weighs 1.9 kilograms at a media event in Seoul on July 23, 2020. (Yonhap)

SEOUL, July 23 (Korea Bizwire) — British home appliance maker Dyson Ltd. on Thursday launched its new vacuum cleaner with an omnidirectional head for the first time in the world in South Korea as it aims to boost sales here.

The Omni-glide features an omnidirectional head that allows consumers to remove dust easily in tight spaces, such as underneath furniture.

Dyson said it decided to launch the product in South Korea as it considers the market important and wanted to attract more local customers who usually have a lot of furniture in their homes.

According to Dyson’s own survey, 45 percent of South Korean consumers said they find cleaning their homes difficult due to furniture.

The Omni-glide is also the company’s first cordless vacuum cleaner with a push-button instead of a trigger, allowing users to freely switch hands when cleaning, the company said. 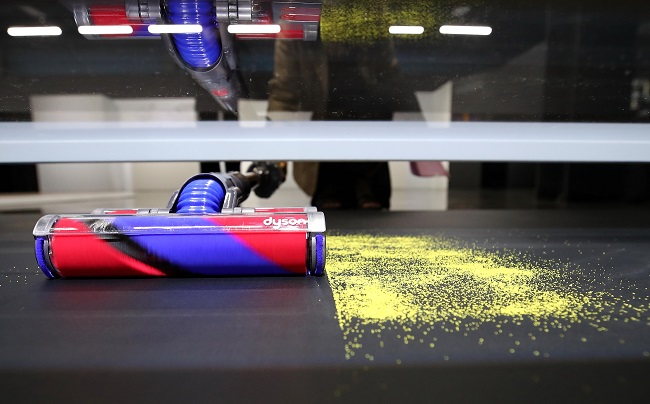 A Dyson official demonstrates use of the company’s Omni-glide cordless vacuum cleaner at a media event in Seoul on July 23, 2020. (Yonhap)

Along with the Omni-glide, Dyson also introduced the Digital Slim lightweight stick vacuum that only weighs 1.9 kilograms, which is 30 percent lighter than its V11 cordless vacuum. The product is already sold in China and Japan.

Dyson said both products will go on sale in South Korea next week.

According to a recent survey from the Korea Broadcast Advertising Corp., Dyson was in a tight race with local player LG Electronics Inc. in the vacuum cleaner market.