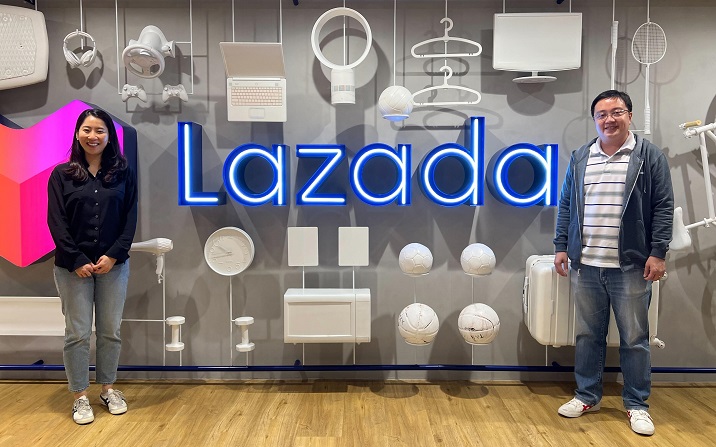 In this photo provided by Market Kurly, CEO Kim Seul-ah (L) poses for a photo with Wee Lee, CEO of Lazada Group, after a memorandum of understanding signing ceremony held in Singapore on Aug. 10, 2022.

Established in 2011, RedMart is one of the largest online food and grocery platforms in Singapore and is owned by Southeast Asian e-commerce giant Lazada Group, part of Alibaba Group Holding Ltd.

Market Kurly is reviewing on expanding its product categories on RedMart to include everyday goods. The company hopes its Singaporean operation will help its entry into the larger Southeast Asian market.

The South Korean startup has been aggressively expanding its business areas to include cosmetic sales and hotel booking services amid a plan to go public on the country’s main stock exchange later this year.